I got back into Darwin a few days ago, and was thrilled to see that my new sprocket had arrived. I picked up the parts, and ended up getting a new front tire as well, (which I’ll change in the next few days, as I don’t think my current one will make it to Perth) then headed west first thing the next morning.

I got down to Kununurra in a day…500+ miles in one shot felt pretty long after getting used to riding much shorter distances in Asia, but it also felt really great to be back on the bike and getting somewhere new.

Just past Kununurra is the start of the Gibb River Road, which is about 700km of mostly dirt with a couple river crossings included.

The first bit of the Gibb has a 407km gap between fuel stations, so I picked up a 5 liter jerry can that I carried along with my Rotopax can that carries 4 liters. Being very conservative, I figured that this amount would give me a range of 450km, so I wasn’t really concerned about running out before I got to the next station.

I wasn’t very far from Kununurra when I arrived at the first river crossing.

This one goes across the Pentecost river, which also happens to be the longest river crossing on the Gibb. Also, apparently there are saltwater crocs in the area, but since I’m writing this, it should be clear that I wasn’t eaten.

The road was mostly dirt, but every now and then, I found a paved section, typically where the road got really twisty or steep. 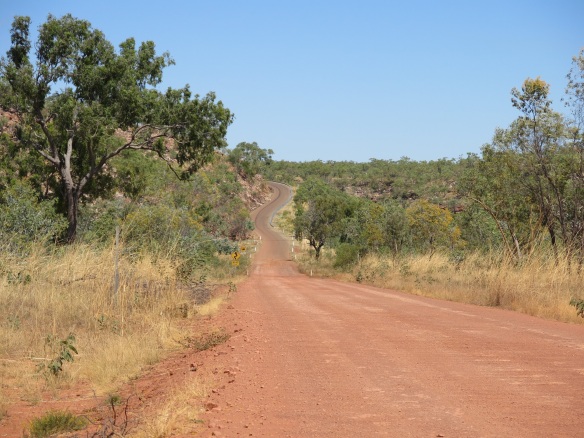 Most of the surface was really good…fairly smooth and hard packed. And being on a bike, even if some sections got a little bit rough, I could usually find a narrow strip of the road that was good, and stick to it. 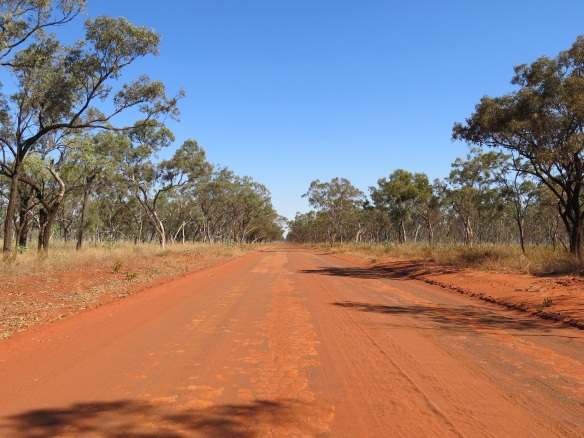 But eventually the hard packed dirt got a little loose, then a little sandy, then a little bull dust (really fine, soft, almost powdery sand) even came into the mix…and this happened…

Thankfully there are enough people traveling this road that if you ran out of fuel or had any other issues, it wouldn’t be too long before someone would come upon you, but it’s also good that it’s empty enough that I could have my glorious fall without an audience.

Here’s the dust that gets kicked up by any passing vehicles, and some of the more reasonable corrugations. 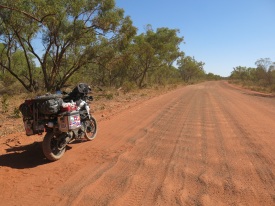 Another river crossing, but no problem compared to the first one. 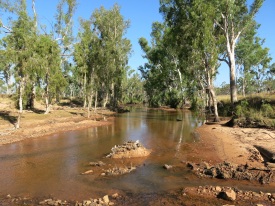 And yet another one. They had cemented this section though, which made it a breeze. 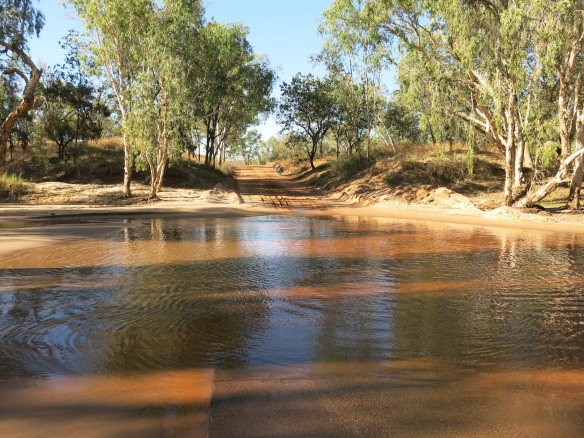 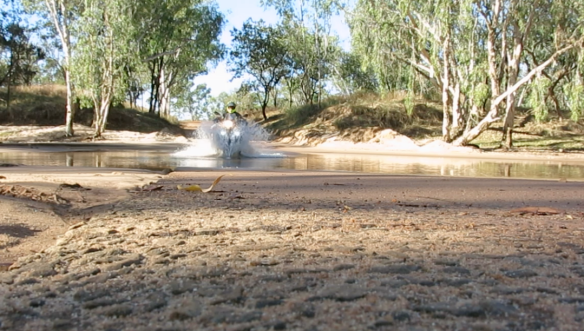 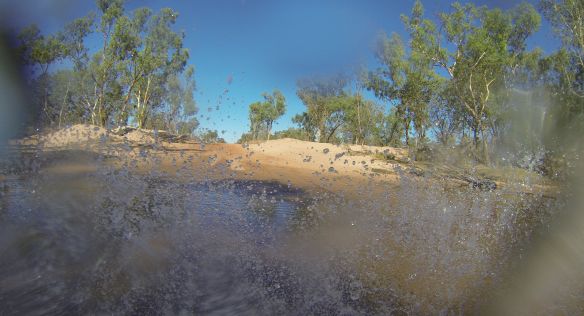 Day one ended shortly after that last crossing, camping with a few bikers from Sydney in what appeared to be a dried swamp.

Day two was much shorter than day one 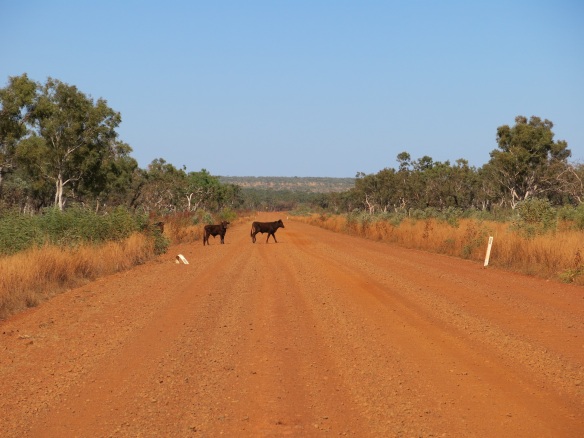 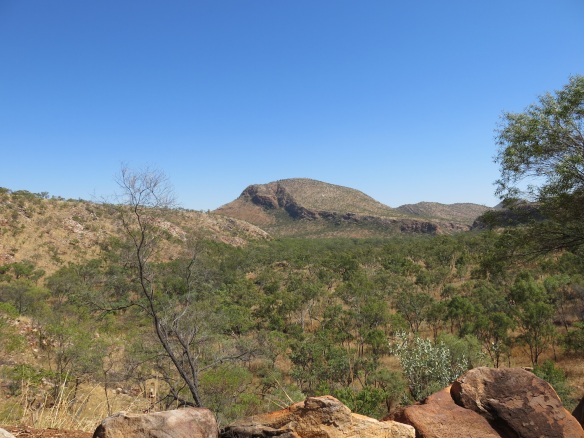 These boab trees are all over the place…pretty crazy looking 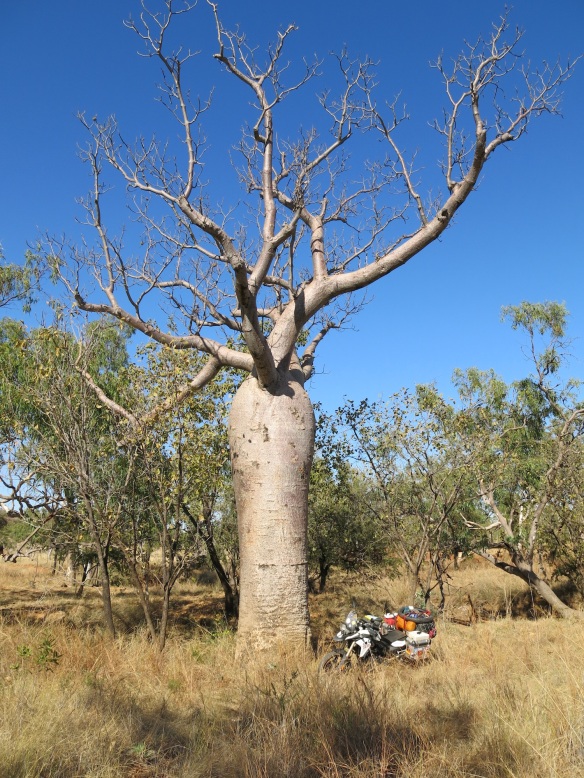 I headed about 25km off the Gibb River Road to camp at the Windjana Gorge National Park.

The next morning, before leaving the park, I hiked into the gorge, hoping to see some freshwater crocodiles.
Before seeing any of them, I saw their breakfast.

At the water, I was pleasantly surprised, as I was expecting to get to see a few crocs, but not nearly this many 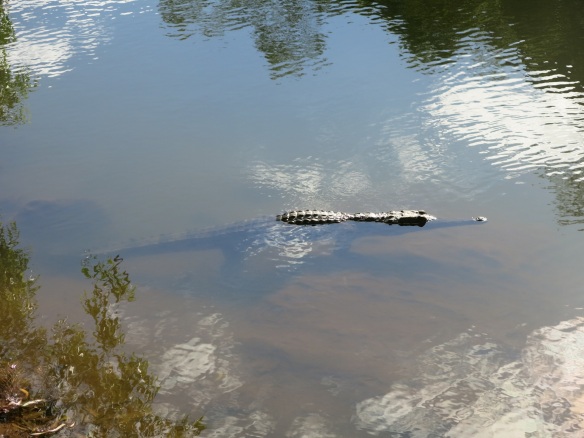 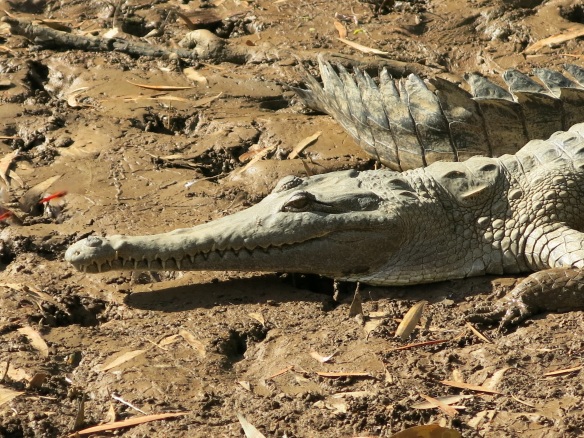 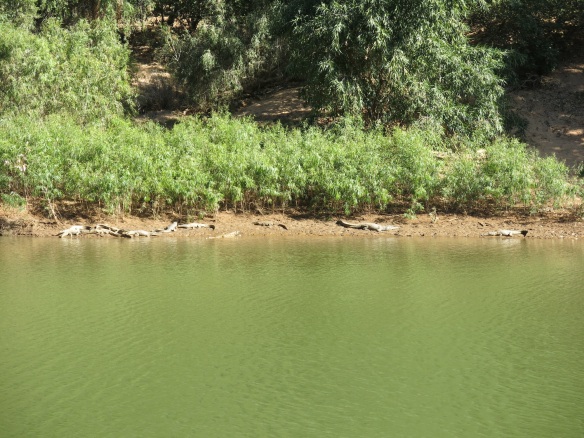 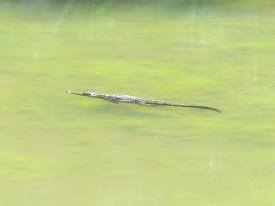 And a few more shots from around the Windjana Gorge 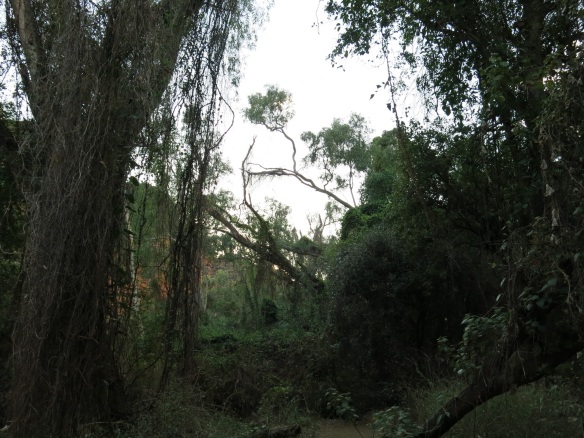 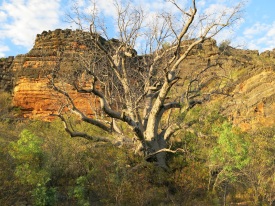 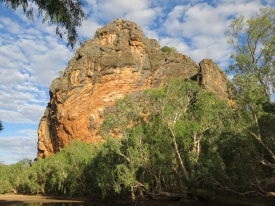 A little further past the Windjana Gorge NP is Tunnel Creek, so I made a quick stop there before heading back up to the Gibb and continuing west.
Tunnel Creek is a 1km long tunnel with a creek flowing through it, in case the name hadn’t already made that clear enough. 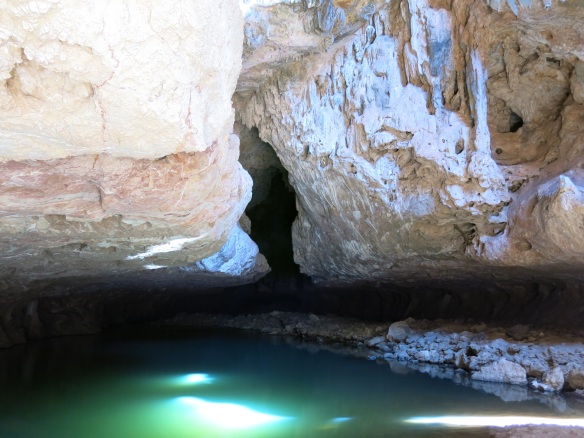 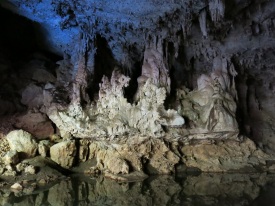 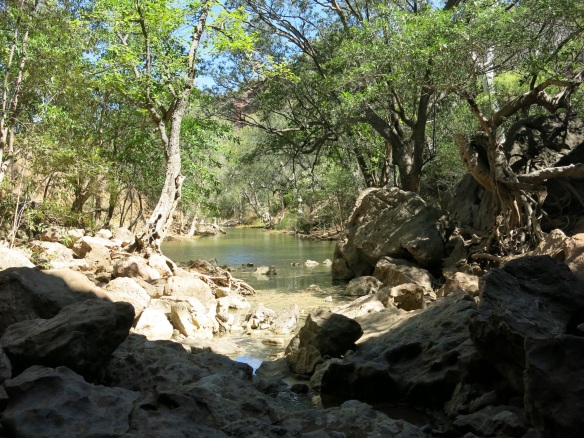 Then, back up to the Gibb, where a long straight section of road went from dirt to paved before getting into Derby

Once I arrived in Derby, I noticed that I’d nearly lost my license plate from all the vibrations on the road. 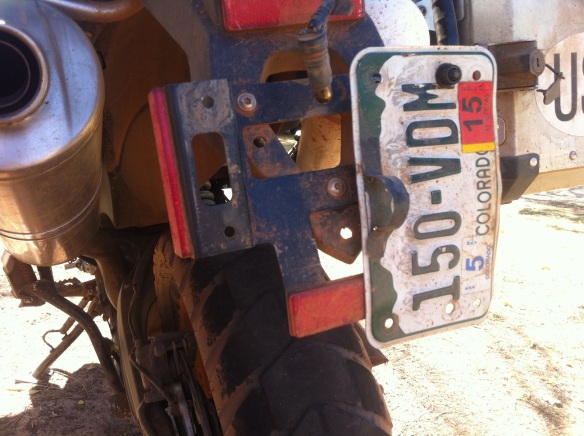 One of the screws was completely missing, and the other was loose and nearly out…I can’t imagine the hassle I would’ve had to go through to try and get a replacement Colorado plate while in Australia!