A couple days ago, I went to the House of Terror museum in Budapest, which shows the especially dark side of what happened under fascism, and later, communism…quite an interesting place. 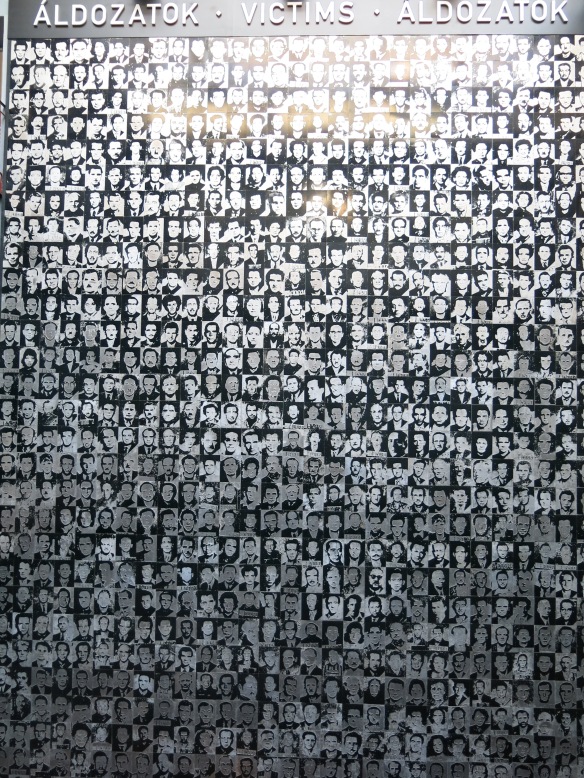 The building itself was directly tied to both parties. In 1944, it was taken over by the Arrow Cross party (basically the Hungarian divison of the Nazis) and called the “House of Loyalty.” After WWII, when communism set in, the ÁVH (State Protection Authority, much like the KGB) stepped in, and remained until 1956.
Underneath the building is a cellar (more like dungeon) where prisoners were held, tortured, and killed. 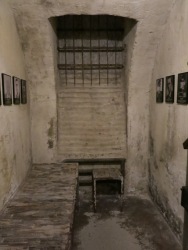 One thing I found interesting about the place was their exposure of the Victimizers. Upon entering the building, there is a wall (photo above) displaying the numerous prisoners and victims of torture or murder at this site. But at the end of the exhibit, they also had a hallway showing photos of the Arrow Cross and ÁVH members that were directly responsible for these actions, along with names and dates of birth and death (many were still alive, of course)

Today, I actually went into the Cave Church, from the previous post.

Originally, this church started in a natural cave in the rock, but later on, they dug deeper into the rock to expand it.

In 1951, the ÁVH took over the church, emptied it out, and sealed the entrance with two meters of concrete, and it wasn’t opened again until 1992. 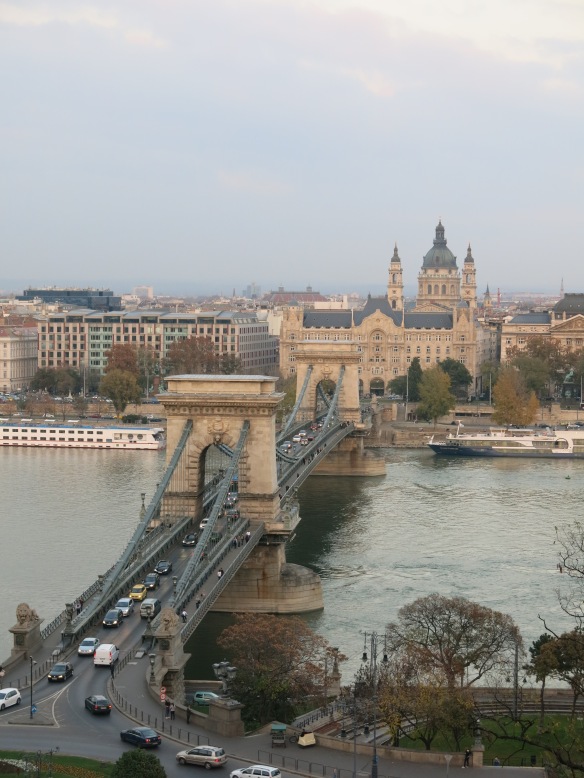 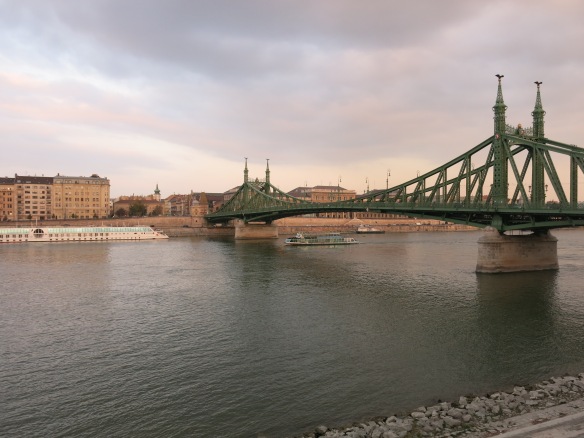 Here’s a fun little intersection that I ran into in numerous places in Budapest…basically, it involves two different roads (with two-way traffic on both) combining into one road. And best of all, there was no signs or signals that gave any order to the situation.

And tomorrow morning, I’m off to Serbia!