After two weeks in Nemčičky, it was definitely time to hit the road again, but it was a little bit tough to say goodbye to the Stáveks after having such a wonderful time there.

If I make a trip back to Central Europe any time in the future, I’ll make a point to visit them again.
And I’ll also plan to visit Nathan (who I was working with in Nemčičky) when I go through Australia. I’m sure it’ll be great to see a familiar face by that point. 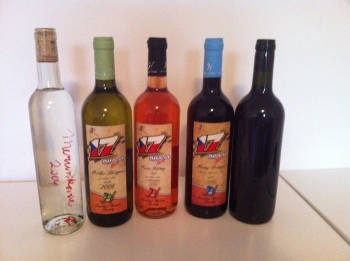 I left Nemčičky with a nice collection of wine and schnapps…Richard chose to include a bottle of apricot schnapps (from 2004) rather than just giving me wine, as I can get more bang for my buck with schnapps, in regards to having to pack it…And this is fine with me, because we had some schnapps a few nights back and it was incredible. Luckily I was able to cram it all into my limited space on the bike, but I’m sure I won’t have to worry about hauling it around for too long.

On the way from Nemčičky to Bratislava, I made a quick stop in the town of Lednice to see the Chateau Lednice.  It was built in the 17th century as a summer home for the princes of Leichtenstein…not to bad for a second home. 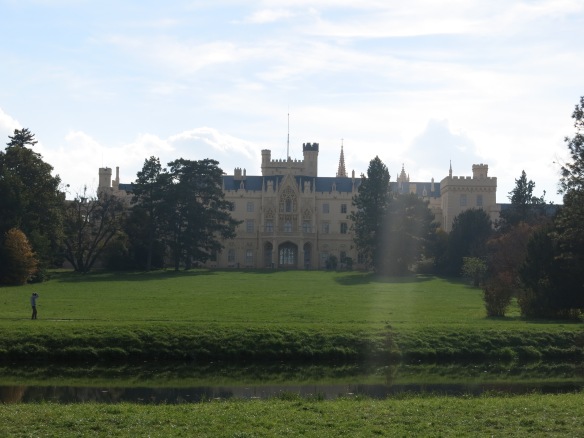 At the back of the English Garden behind the castle is a 60 meter minaret, which at the time of it’s construction was the tallest outside of the Muslim world. 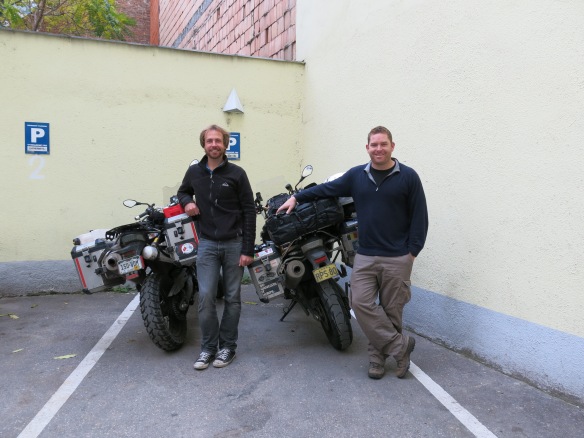 He’s from Australia, and had ridden his F800GS from Chile up to Canada, and from Canada, he also shipped his bike to the UK. It was pretty crazy to get to meet again, but unfortunately, we are headed in opposite directions and he was only able to stay here for one night.  But all it took was one night of drinking some beers to come up with a pretty great idea for a motorcycle trip that will hopefully happen in 2015.

Bratislava is not a place I’d planned in going originally, so I hadn’t really looked into anything about it prior to leaving home.
It feels a bit more quiet and slow paced than a lot of other cities, but maybe that’s because I’m here during the week.
I’ve noticed that the big European cities I’ve been visiting are sort of blending together…I think I like the small towns better. I’ve found that it’s much easier to meet people once you get out of the cities.

OK, on to Bratislava… 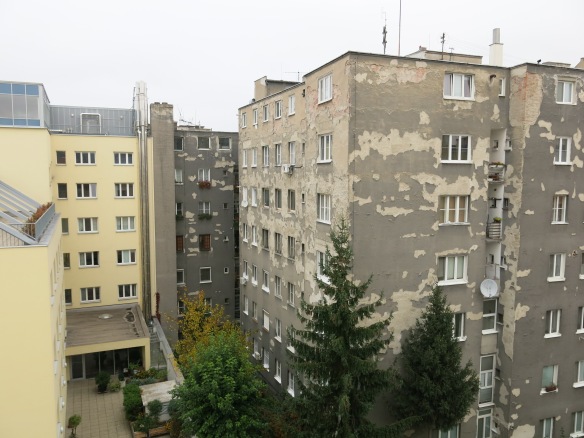 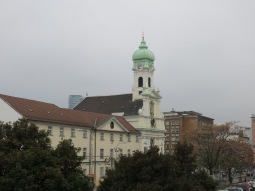 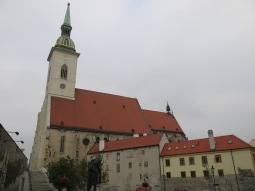 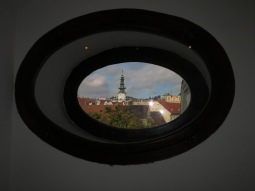 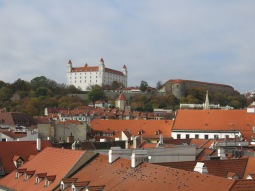 The coolest half door I’ve seen. 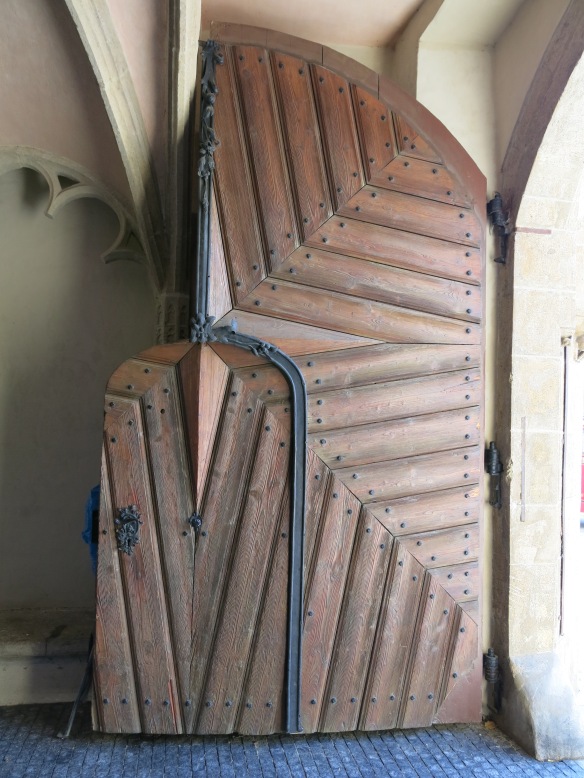 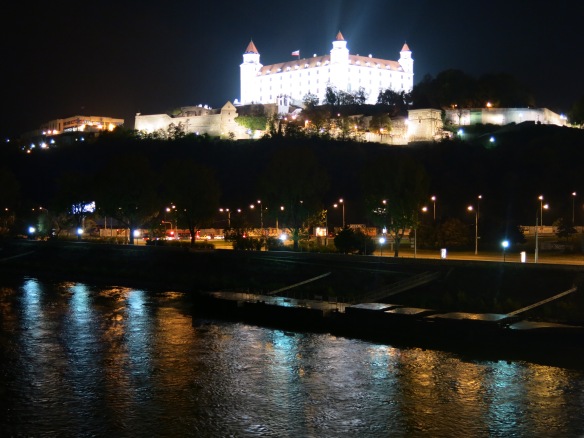 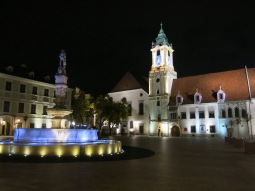 Today I went to the Devín Castle, which is about 15km outside of Bratislava, on the confluence of the Danube and Morava Rivers.
Though the history is a little sketchy, it’s expected that the first portion of the castle was built in 864, with fortifications being added until sometime in the 17th century.

Not far from the castle, there are ruins of a Chapel, from the 4th century…after taking a glance at the ruins, I would’ve guess that they were more likely from the late 5th century, myself.

Maybe this street was named in honor of Edward Abbey?  Speaking of which, he’d be happy with how few billboards I’ve seen across Europe.