It’ll take two long days worth of riding to get up to Uluru, and Coober Pedy is right at the halfway point, and from what I’d heard, it is worth a visit anyway.
As you can see, the scenery on the way is rather Nullarbor-ish 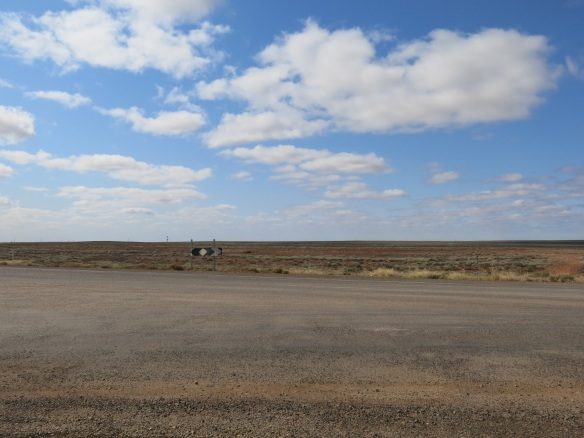 The name “Coober Pedy” is derived from the Aboriginal “kupa piti,” which means “white man in a hole.” 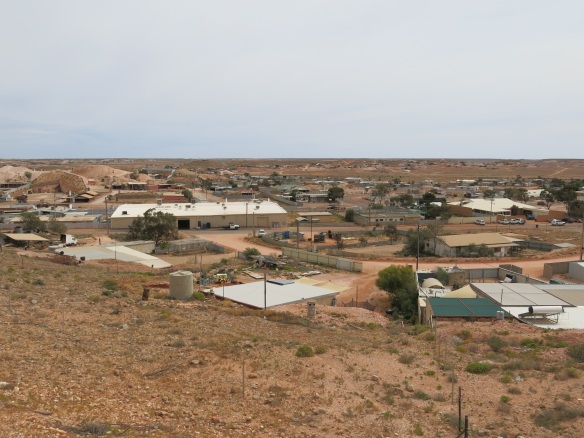 Once you know that the town is built around opal mining, the name makes a bit more sense. And the mines aren’t the only thing that’s underground…about 80% of the homes in the town are underground. This was done in an effort to avoid the extreme summer heat.
Opal mining is not allowed within town limits, but if you find any while digging out your house, that’s fair game…and apparently there is a guy in town with a house that’s over 25 bedrooms…
The population of the town is largely made up of Eastern European families, most of whom came here after WWII.

When I got into Coober Pedy, I felt a bit like I’d take a time machine back a few decades…everything just felt a bit old fashioned 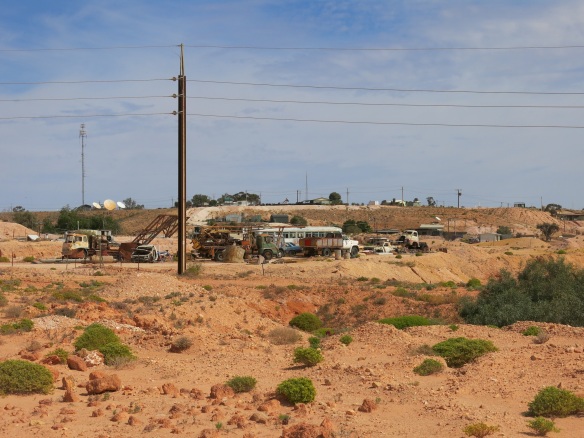 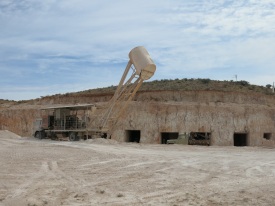 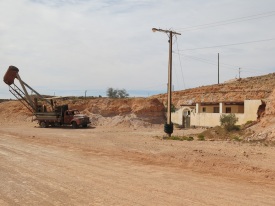 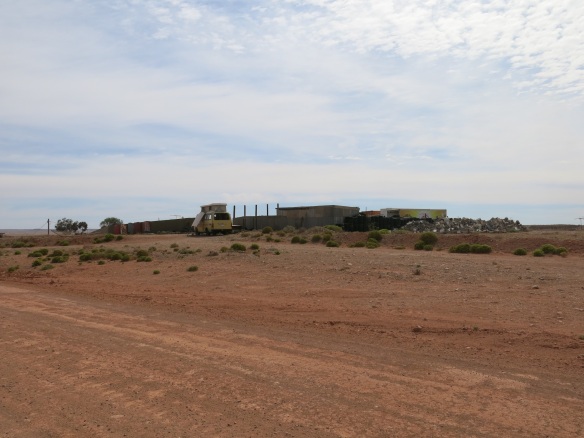 This is a pretty regular view from around the town…there are piles of mollock (mining waste) crowding the landscape. 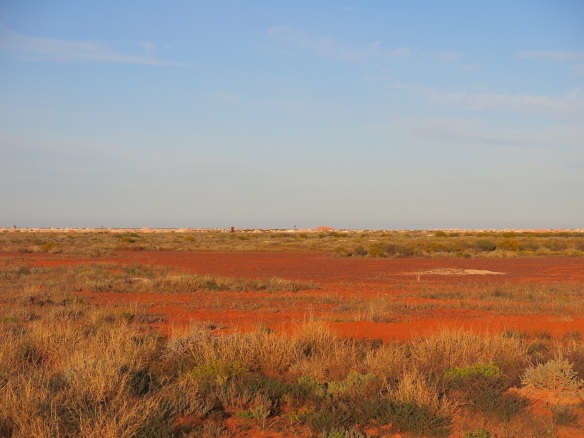 The place I stayed was underground…felt a little bit like I was sleeping in a dungeon, minus the torture 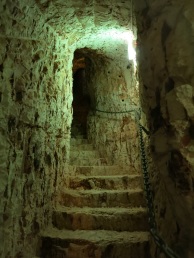 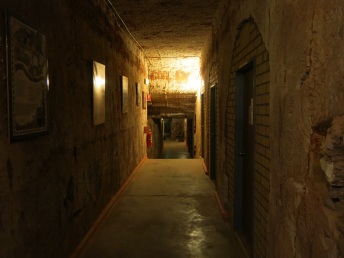 The cemetery in town is home to the best headstone ever 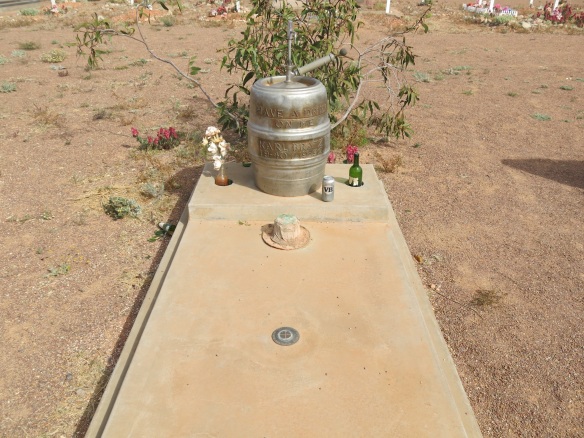 And who knows the story behind this one…? 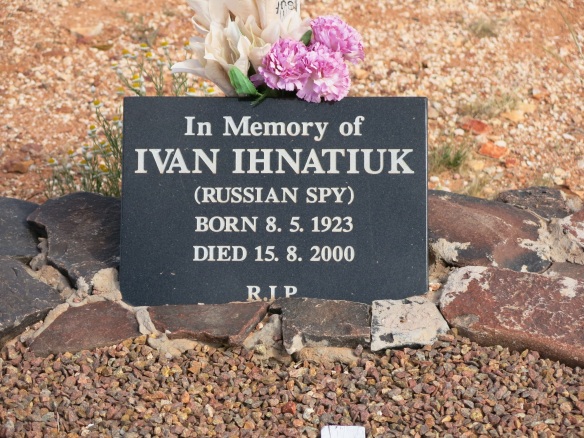 This is a blower, which you see pretty regularly around here. Basically is a huge vacuum mounted on the back of a truck. While mining, one of these will be backed up to the mine shaft, and a huge hose is dropped down the shaft to suck out the mollock. 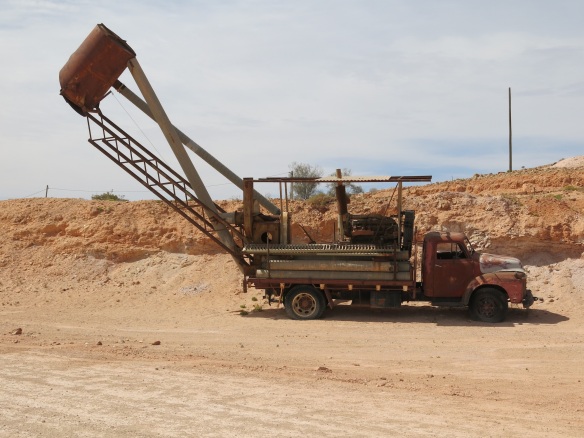 On the edge of town, there’s a spot where (if you’re incredibly bored) you can go noodling. This noodling has nothing to do with catfish…it’s the term they’ve given to digging through old piles of mollock in hopes of finding bits of opal that the miner missed. Apparently there are people that make a living doing this…personally, I don’t think there is enough meth in the world to get me to dig through these sand piles for more than a few minutes. 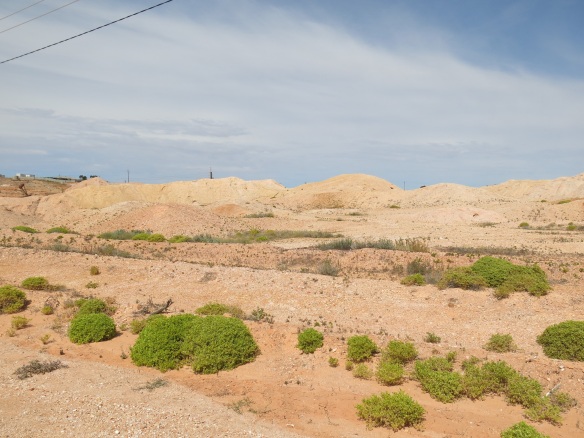 There are a couple underground churches in town…based on their size, I’m guessing most of the towns residents are in the mines on Sunday mornings
The Catholic Church 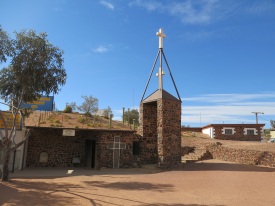 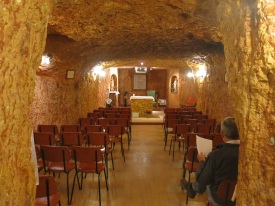 And the Serbian Orthodox Church 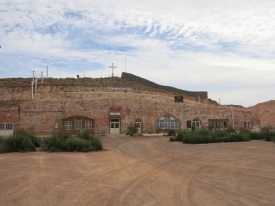 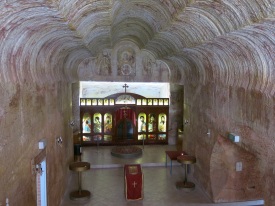 There’s an old mine in town that’s been converted into a museum, and you can walk through it… 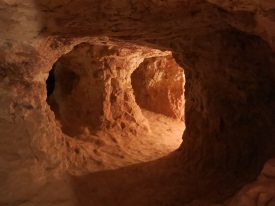 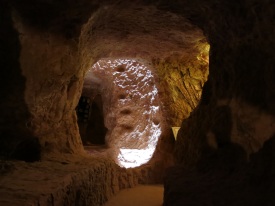 When they were digging out more in order to add on the gift shop, they found this vein of opal, and estimate that it’s worth $20-40,000. Seems like they could’ve chiseled out the majority and left a thousand dollars worth or so in place as a display…? 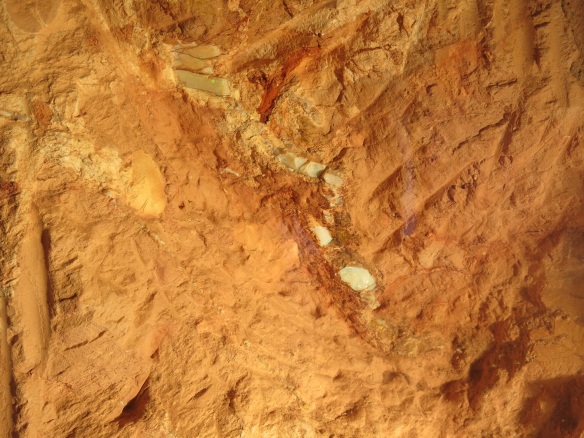 As they were cleaning out the old mine, they found all kinds of old artifacts and newspapers, many of which are now on display.
Of course this add for a Harley and Triumph from 1930 caught my eye 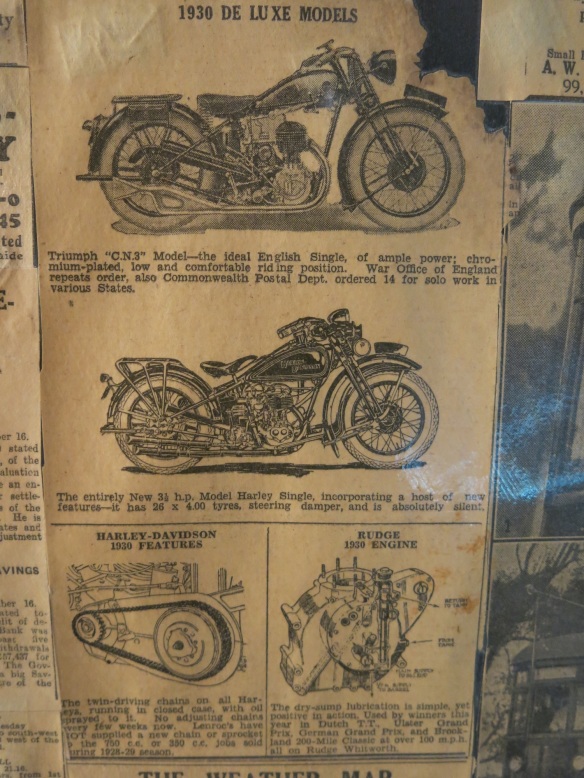 But this one was my favorite…It says…
“With all the aplomb of a seasoned smoker, 22-month-old Juan Vasquez lights his cigarette. He likes nothing better than a smoke, and claimed to be the world’s youngest cigarette fiend. He is an American waif whom the child welfare authorities are now taking in hand, so Juan will have to reform his ways.”
I’m guessing he became the Marlboro Man later in life. 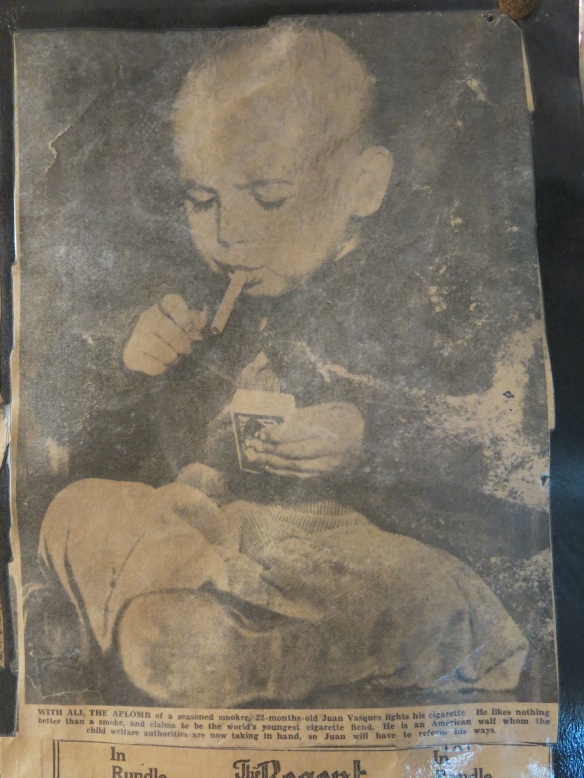 A little north of Coober Pedy is the Breakaways Reserve. This area has been used in a number of movies.
In the middle is Panorama Hill, which was featured in the blockbuster hit that brought international attention to Tina Turner…Mad Max 3: Beyond Thunderdome. 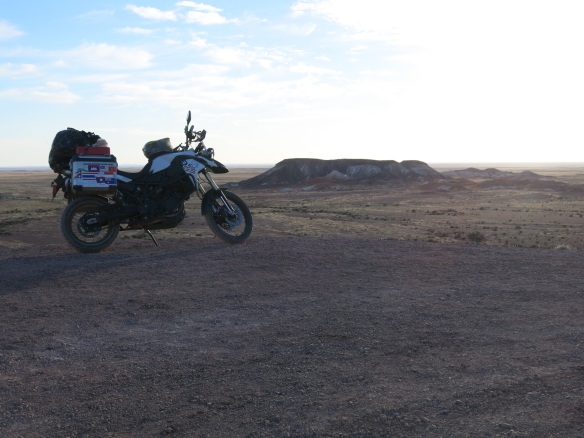 Alright, time to get out of this dungeon hotel and head up towards Uluru.