Crossing into Laos was fairly simple, other than the fact I had to wait in line in the heat for a couple hours to get my visa.
I immediately noticed a fairly different feel to the traffic and roads. The roads were decent quality, but definitely not what you get in Thailand. And the traffic was a bit more unruly…it reminded me a little bit of India, though still not to that extreme. Cars swerved between lanes quite a lot, and it wasn’t uncommon to see someone driving up the wrong side of the road.
On top of all that, I was back on the right hand side of the road for the first time in over two months. I never thought I’d say it, but it really felt weird to have to swap over to driving on the right. Luckily, it came back quick, but I definitely had to think about it for the first little while.

Here’s the view from Thailand, looking over the Mekong to Laos, with the Friendship bridge barely visible in the background.

Once in Laos, I stopped in Vientiane for the night, which is right on the border, so I didn’t really have to do much riding for the day, which was a nice break after the last few long days in Thailand.

One of the primary sites to check out in Vientiane is Patuxai, which translates to Victory Gate. It is also sometimes called the Arc de Triomphe of Vientiane.
The monument was built with cement that the US gave to Laos, which was originally meant to be used to build a new runway at their airport, and because of this, another nickname for Patuxai is the vertical runway. 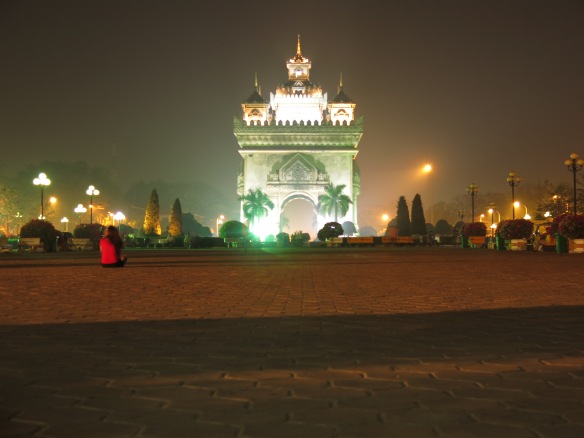 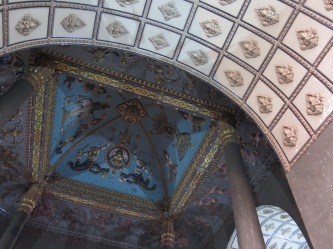 Pha That Luang is a massive Buddhist Stupa, built in the 3rd century, but has undergone numerous reconstructions due to damage caused during various invasions since then. 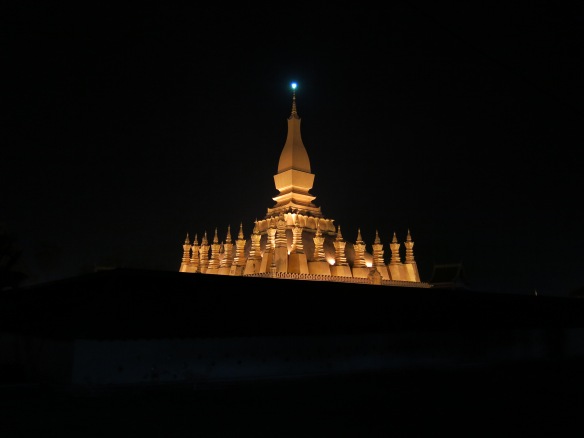 Behind the Stupa is a massive Buddha statue. 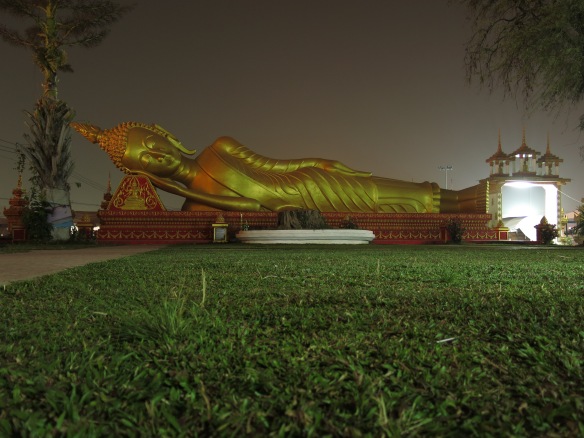 And here are a couple more statues from around the city. 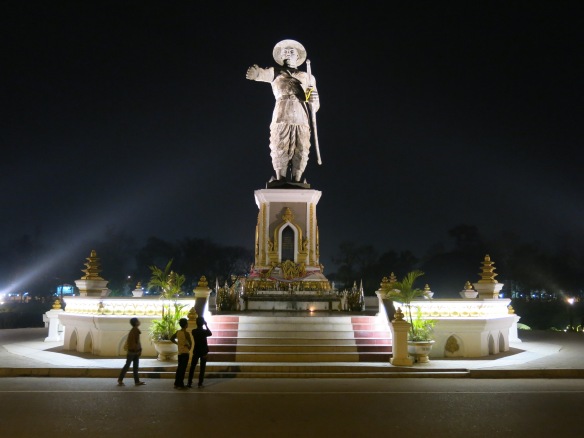 This morning, before leaving for Vang Vieng, I stoppped by the Buddha Park (or Xieng Khuan, meaning Spirit City), just outside of Vientiane. It’s a rather small park, but contains over 200 Buddhist and Hindu statues. 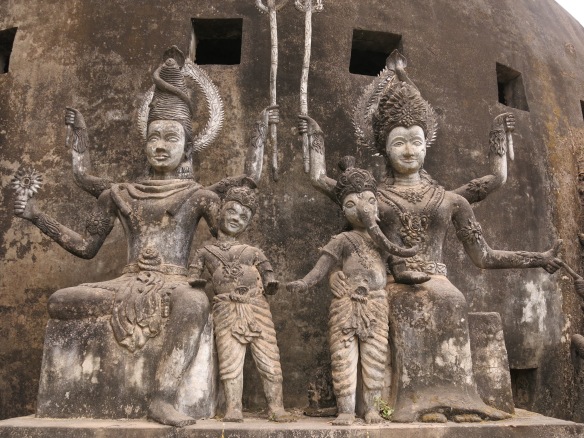 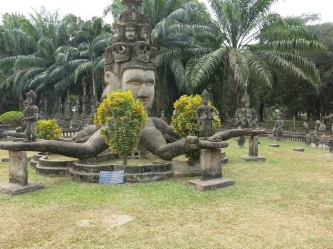 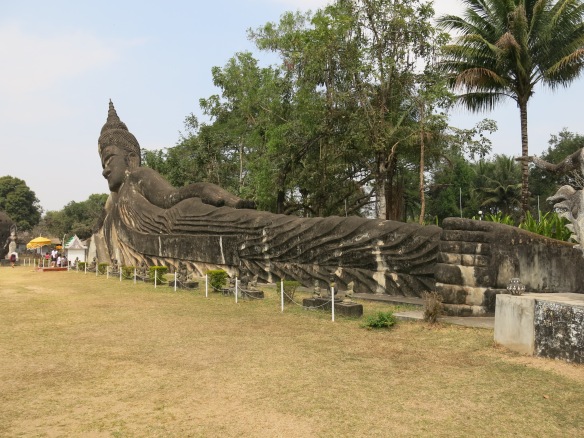 The ride up to Vang Vieng provided some great views…