After a couple days in Medan, it was time to get out of the busy city and into the jungle. Bukit Lawang was the next destination. 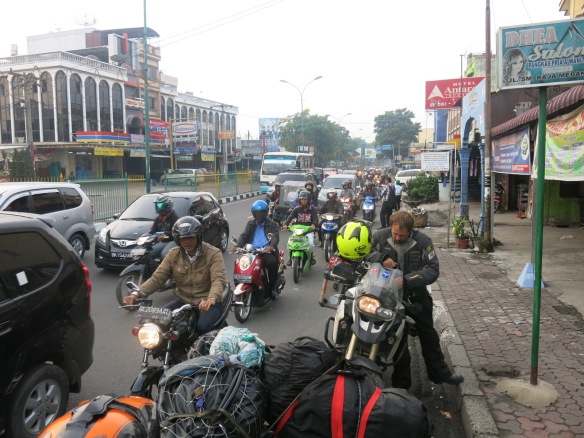 The first half of the ride there was slow going in busy traffic as we made our way through the outskirts of Medan.
Once the traffic cleared up a little bit, the riding was pretty nice, other than the fact that the road had quite a few potholes.

Bukit Lawang was a great little town. Throughout some parts of SE Asia, there were definitely some towns where the relationship between tourists and locals was not the greatest (I’m not interested in getting into that topic any further than that it exists) but there was absolutely no sense of that here. Everyone was incredibly friendly…people were fascinated by our bikes and wanted to hear all out the trip, kids walking home from school would stop me to practice speaking English. Just walking to a store to get a bottle of water could turn into an hour long trip with all the times you were bound to be stopped.

To get to our hotel in Bukit Lawang, we had to cross a small walking bridge. Luckily I could just barely fit without having to unload my bike and carry all the luggage across. 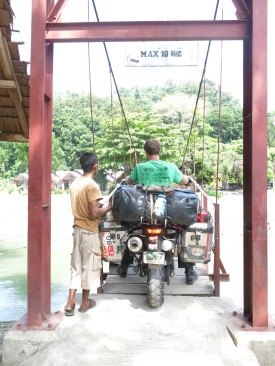 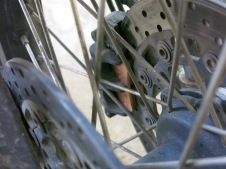 First order of business after arriving was to change out my front brakes. They were on their last leg, and I put it off during my last few days in Malaysia, so I couldn’t wait any longer.

The biggest attraction in Bukit Lawang is the orangutans that you can find in the jungle. Not only will you find truly wild orangutans, but there’s also a large rehabilitation center nearby which is constantly reintroducing them into the wild.

While we were here, Ben, Andrea, and I decided to do a two day trip into the jungle to see what we could find.

Along with the orangutans, we saw some gibbons, macaques, and this Thomas Leaf Monkey 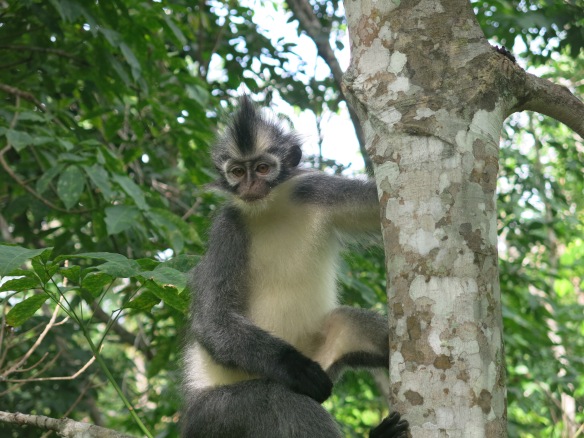 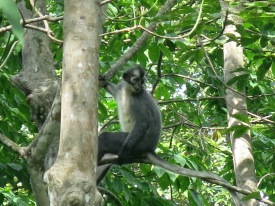 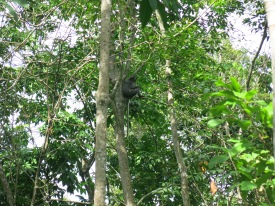 Some of the orangutans were truly wild, and you could only really see them off in the distance. 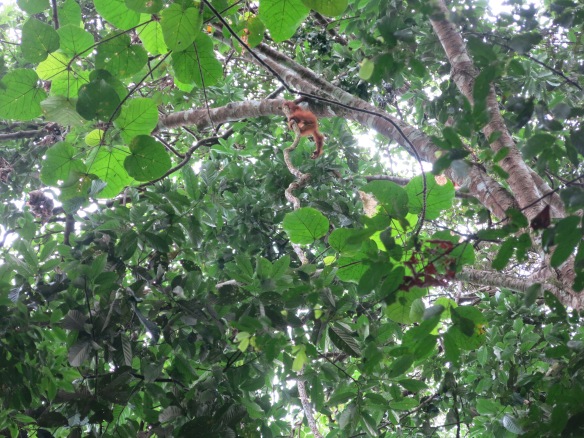 We also saw a few that had formerly been in the rehabilitation center, and were much more comfortable around people, often coming right up to you.

Not a bad place for a lunch break 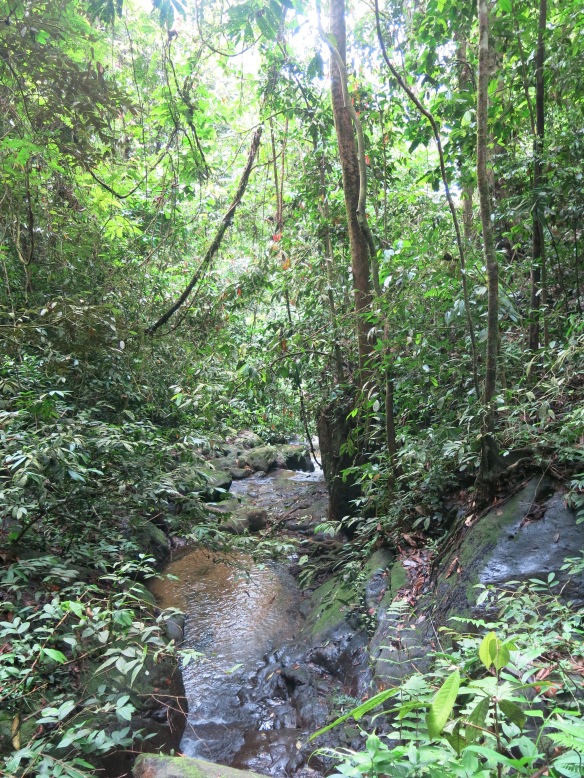 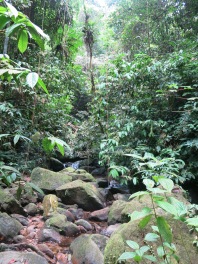 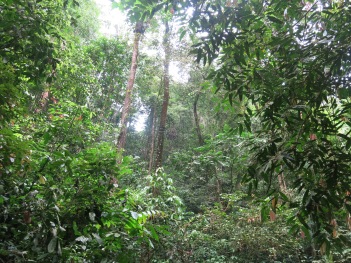 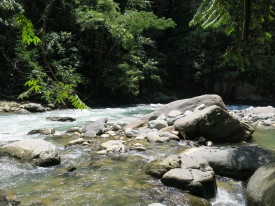 A massive monitor lizard showed up by our tents, along with a couple more orangutans…mama and a 2-3 year old 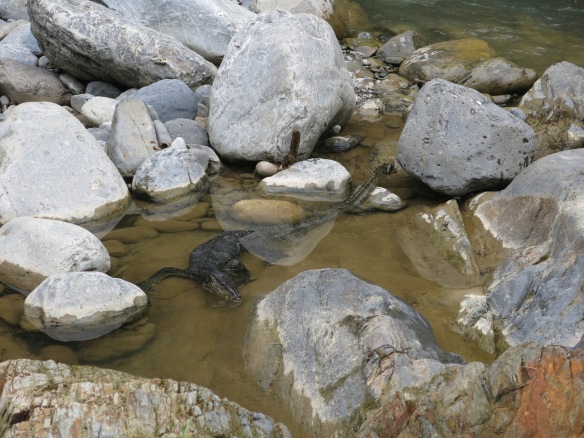 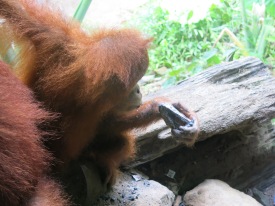 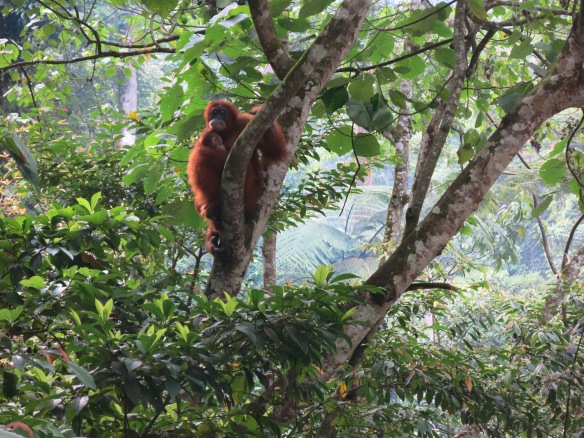 Back on the bike tomorrow to continue through Sumatra