I’m still in Auckland, and I still don’t have my bike, but I’ve spoke with the shippers, customs, quarantine, and the automobile association, and I think I have everything lined up so that I won’t be wasting time once the boat arrives…that is if I understood all their instructions correctly.

So here’s a bit more from my longer than desired stay in Auckland.

When I was in Byron Bay a couple weeks back, there were a bunch of people on the streets collecting money for the Sea Shepherd (I remember seeing a show about it a few years back on, I believe, the discovery channel). It’s the ship that goes around making life hell for whaling boats.
They happened to be docked in Auckland, right in front of the Hilton.

I randomly came upon this rather large cemetery that was not only left in disrepair, but also had a bridge built right over the top of it. 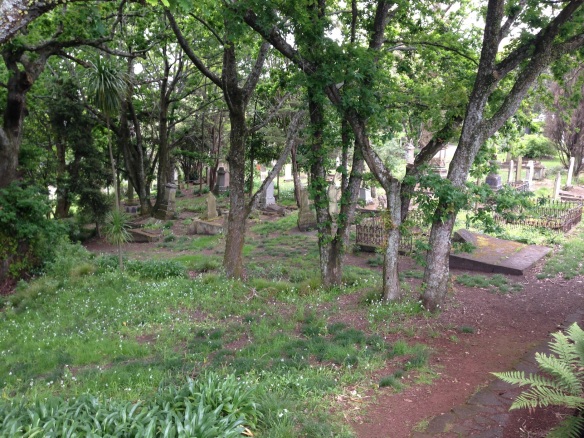 Scattered around the city, you’ll find some volcanoes…and when I say some, I don’t mean two or three…there are 53. But don’t worry, the last time one erupted was 600 years ago…or the geological equivalent to last night.
Here’s one example…they don’t look all that threatening. 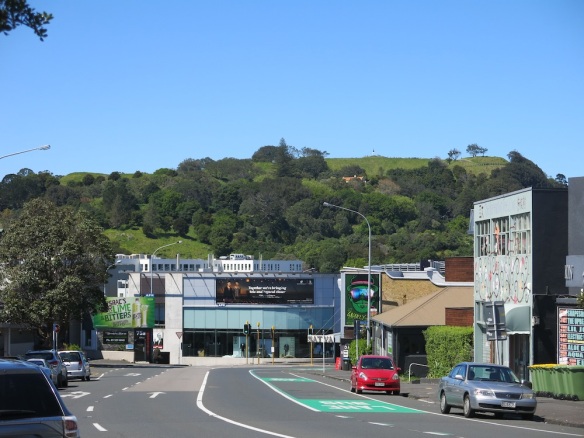 This is the crater of Mount Eden, the highest peak in the Auckland area, and just a short walk from downtown. It’s a pretty drastically different look from the craters I got used to seeing in Indonesia. 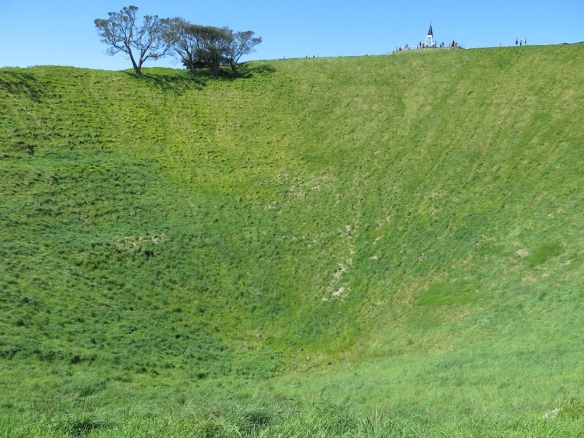 It’s so high up, that on a clear day, you can even see the Washington Monument way off in the distance…

Since the view of the area from the southeast on top of Mt. Eden isn’t enough, here’s some more, from the northeast, atop Mount Victoria and North Head. 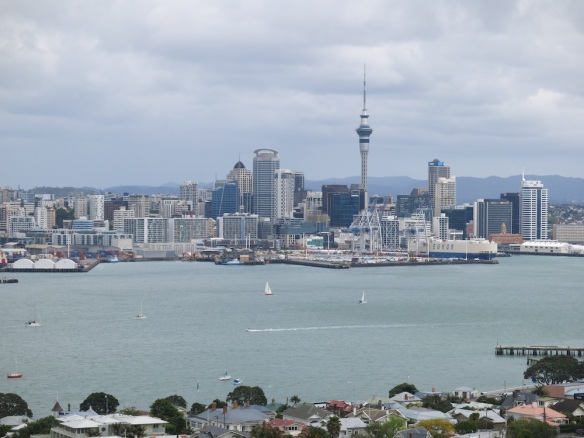 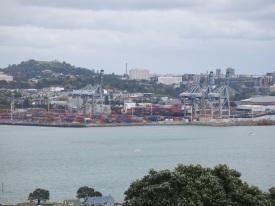 On top of North Head, there are also a few old bunkers from WWII 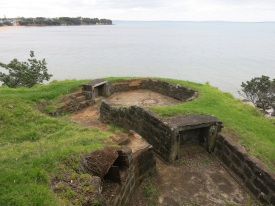 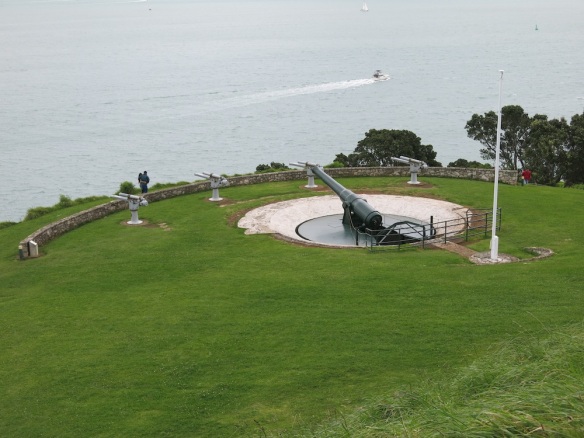 Update on the bike…the ship came in today…hopefully I can get through quarantine and customs tomorrow, then get my roadworthy check done the next morning and hit the road! 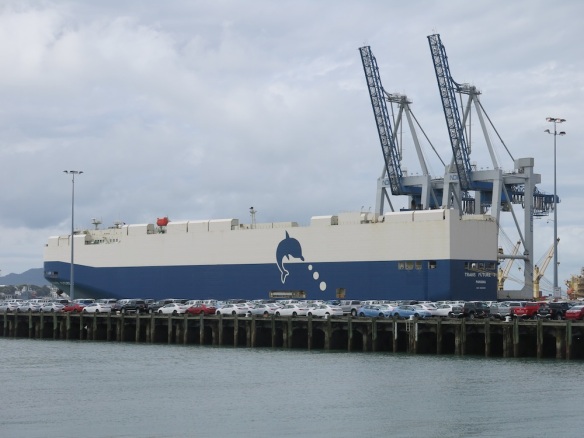