From the Franz Josef Glacier, I continued south towards Wanaka, with a quick stop at the Fox Glacier on the way.

Somewhere behind those clouds is Mt. Cook. Hopefully I’ll be able to see again in a few weeks from the east, and with fewer clouds. 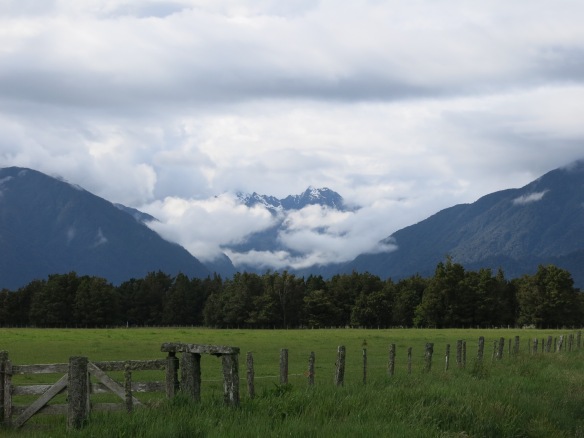 Some photos from the hike up to the Fox Glacier… 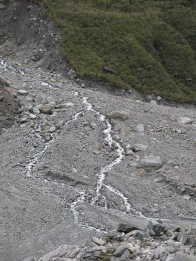 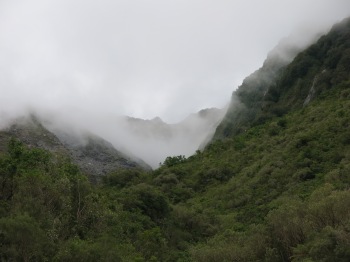 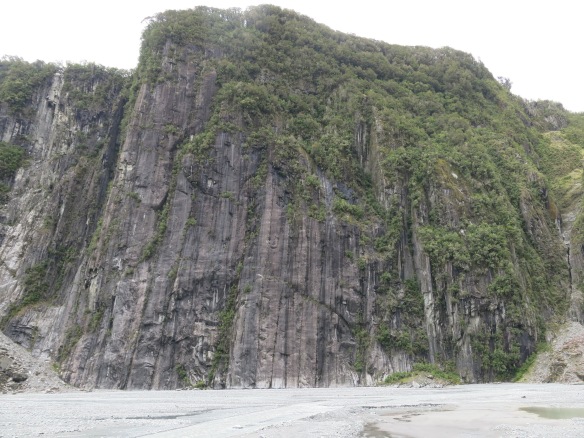 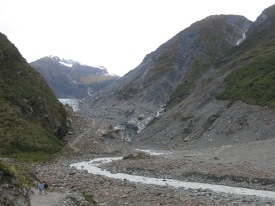 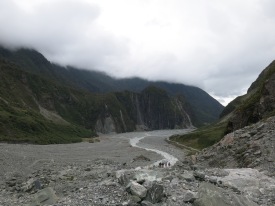 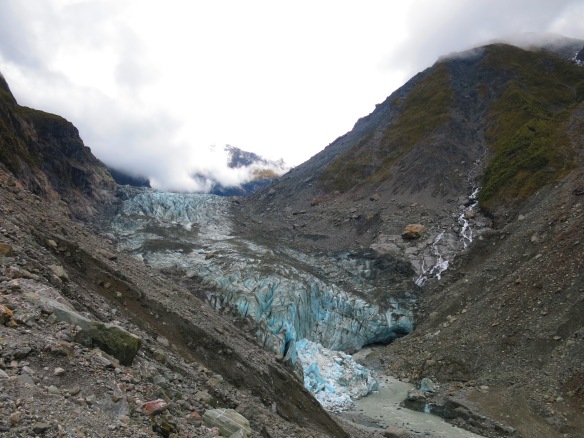 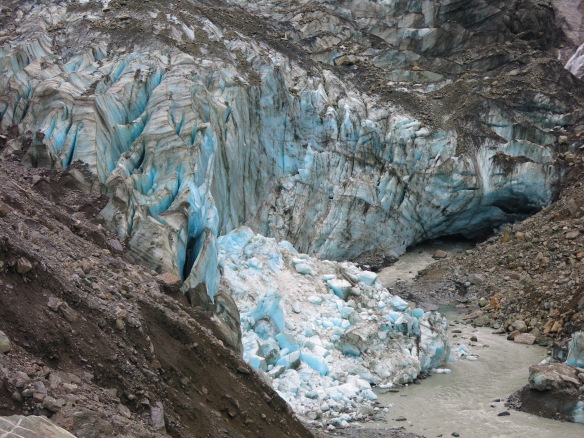 And after that short little break of hiking around in squeaky, clunky motorcycle boots, I was back on the road to Wanaka.

About 40kms before arriving, I came upon some of the most beautiful scenery I’ve ever seen. And I’m not just saying that in the typical exaggerated way like when someone rants and raves about eating the BEST.MEAL.EVAR, when in actuality it was just slightly above average, but was preceded by a week of Poptarts and Taco Bell.
Really though, this stretch of riding was gorgeous…and that’s saying a lot considering how the entirety of the South Island so far has been pretty great.
OK, here are some photos that don’t do it even the tiniest bit of justice (I actually was a bit sad when I looked at these photos a couple days later and saw how average they look). 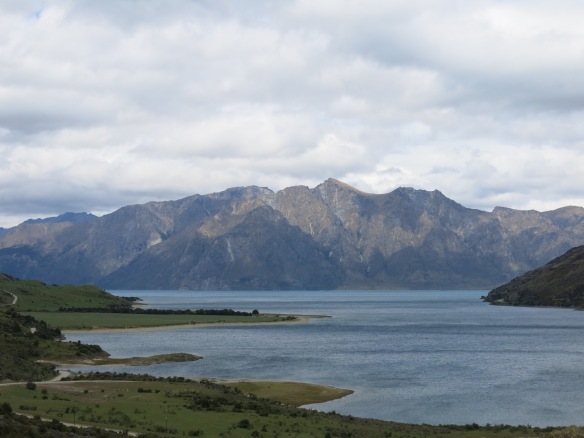 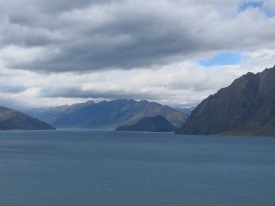 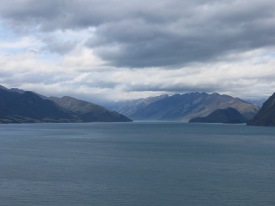 And just as I arrived in Wanaka, the clouds rolled in. 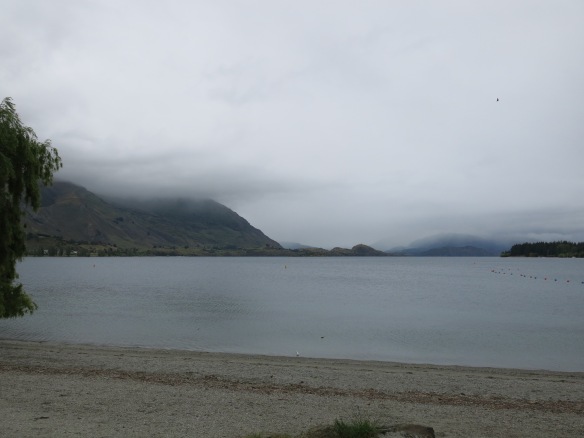