Invercargill is pretty much at the south end of the South Island, and also the home of Burt Munro, who the movie “World’s Fastest Indian” is based on.
The museum in town has an exhibit about him, but his actual Indian motorcycle is on display at the E Hayes hardware store in town. 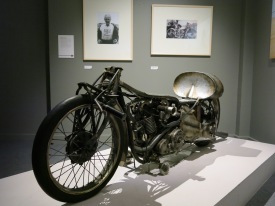 I was expecting the hardware store to just have his bike sitting in the corner somewhere, but was surprised to find a fairly large display of bikes, cars, and a few odds and ends throughout the store, amongst all the merchandise.
Munro’s 1920 Indian Scout. 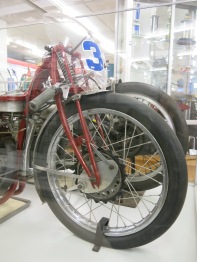 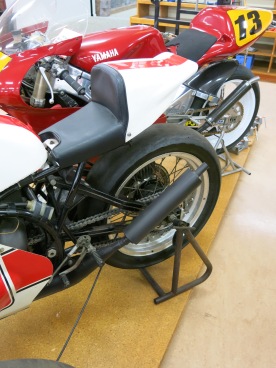 1922 Indian Scout, the same bike that Munro started with (along side a tiny Yamaha, which might have to be my niece’s 2nd birthday present) 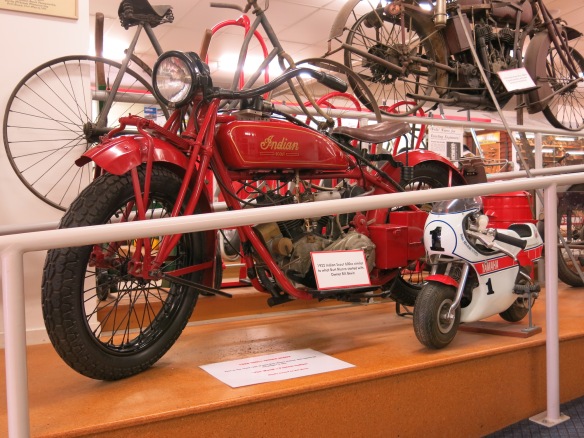 1935 MSS 500cc Velocette, which also belonged to Munro, and is probably the World’s Fastest Velocette 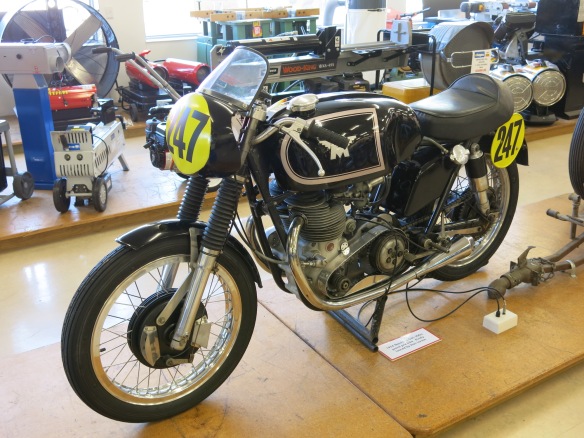 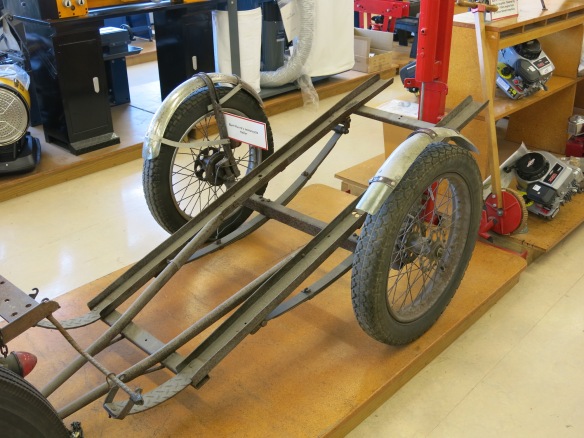 1954 Victoria Bergmeister 350, the transmission had four sets of chains rather than gears…not really sure of the reasoning behind that, but either way, it’s a great looking bike

1967 BMW R60, which would look far better without that awful fairing 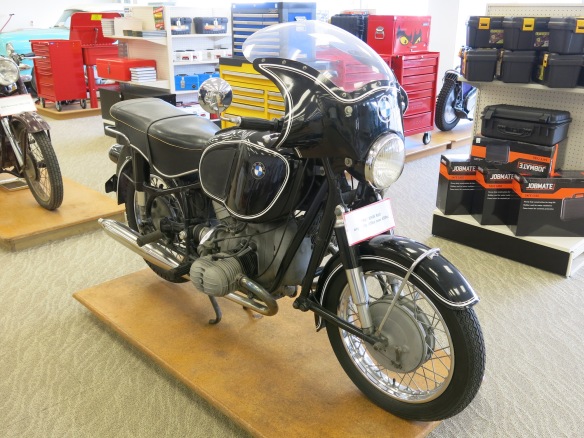 The Crouch Special, built in 1979 by Dave Crouch, in Christchurch. It had a custom frame, Austin Seven car engine, Triumph gearbox, and Suzuki front end, and loads of various handmade parts 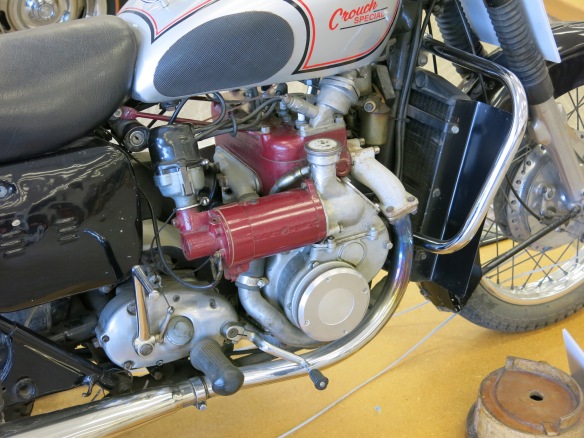 This sign says “wooden patterns used for casting of primary cases, home made by Dave Couch” for those of you with old eyes. It’s pretty cool how far he went to make a custom bike. 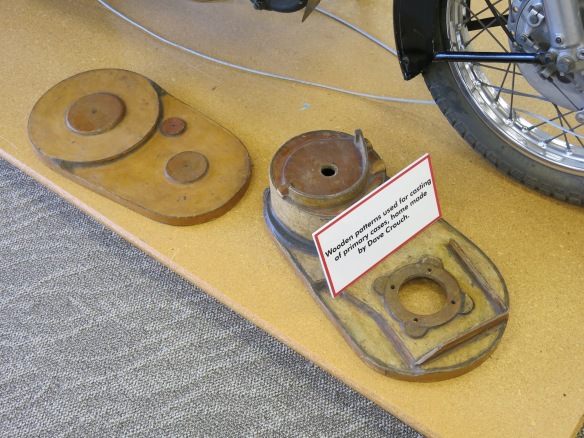 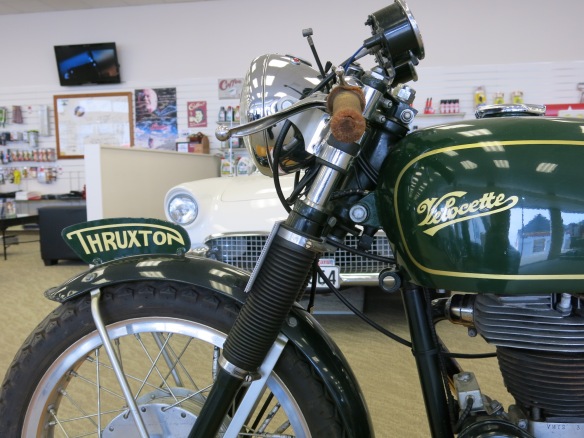 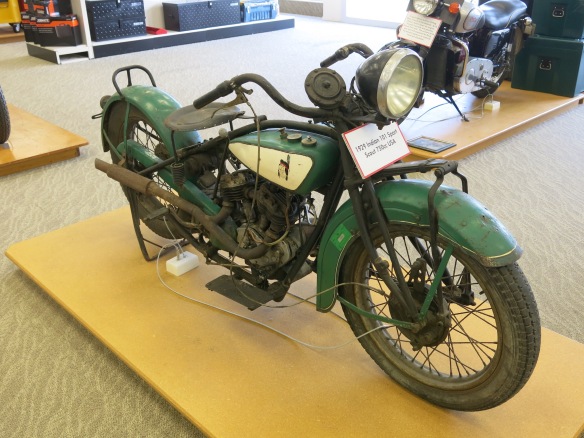 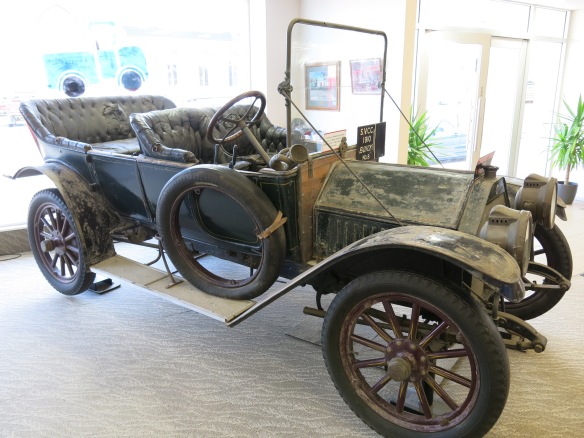 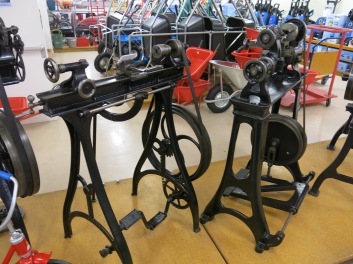 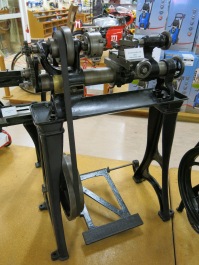 The Motor Wheel, invented in 1910 for lazy bicyclists 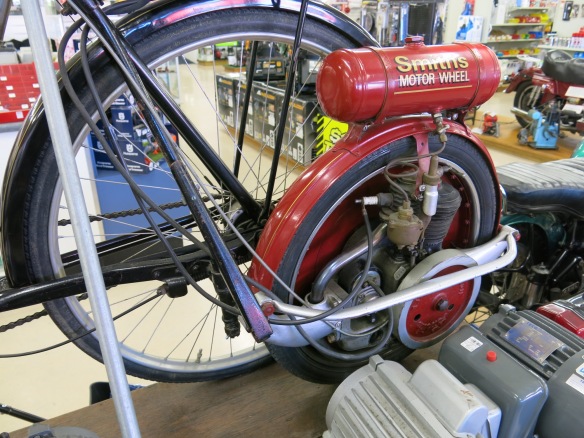 This tiny chain saw, with the description: “Ohlsson & Rice chugger saw – not the greatest chainsaw ever made” 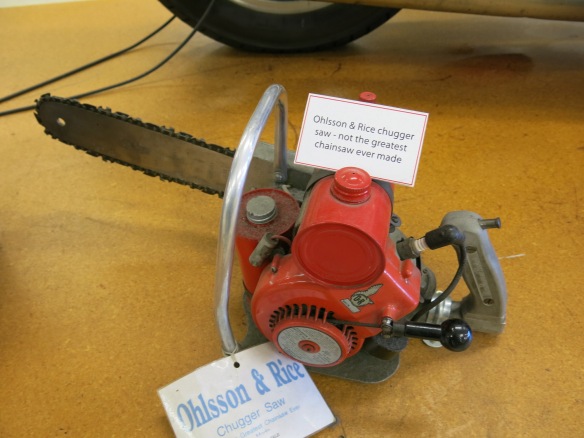 1911 New Hudson 500cc. The same comedian who made the sign for the chain saw must’ve done this one…”This thing is high geared, once in top ear, it fires about once every second day”

This beast of an engine was built buy Norman Hayes in 1980. The fuel tank is a pressure cooker, the float bowl is a jam jar, the muffler is a bedpan, and the water tank is off a toilet. I have no clue what this thing was meant to power, if anything. 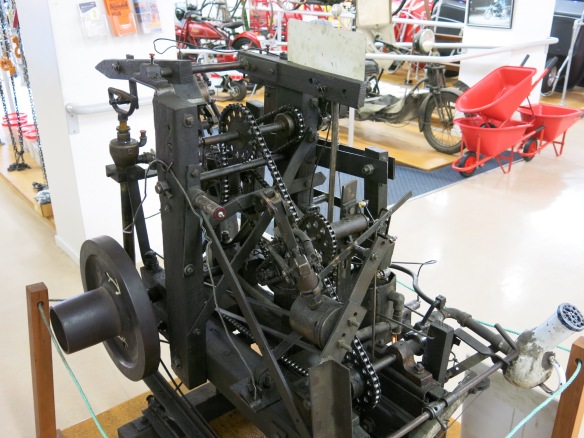 So there you have it…quit a bit more in that hardware store than I was expecting.

Also, while I was in Invercargill, I had to head just a bit further south to Bluff, which really is the south end of the South Island. From the viewpoint in town, you can see out to Stewart Island 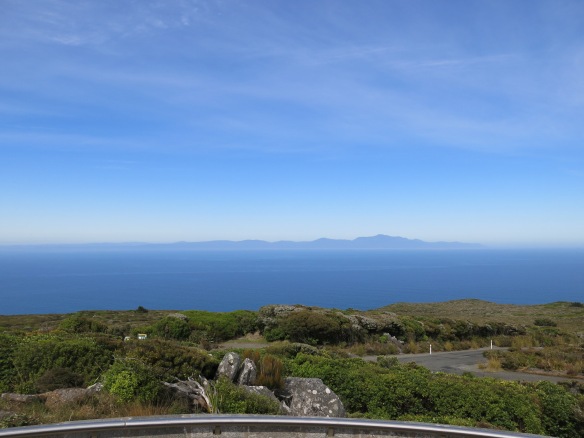