Made a quick stop in Agra, to see a little place called the Taj Mahal. The Taj Mahal refers to the entire complex…the structure that is typically associated with it is actually just the mausoleum component of the whole Taj Mahal. What was the most surprising was that this huge and magnificent structure was built as a tomb for just two bodies…maybe a little excessive?

Being there at sunrise made the view all the better. 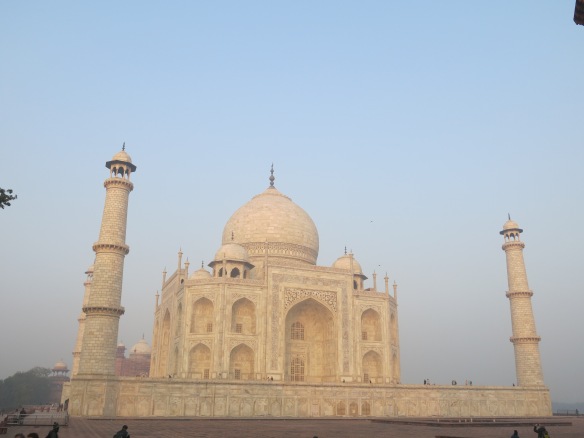 The detail was pretty amazing…especially inside the mausoleum, where unfortunately cameras were not allowed.

And of course, the grounds and other buildings in the complex didn’t disappoint. 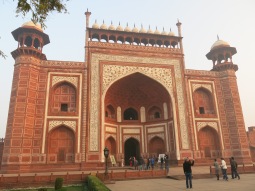 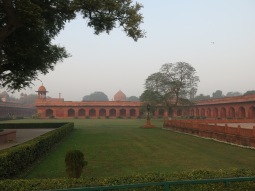 Agra Fort…The history of this fort is probably the richest of any I’ve seen in India, but as far as an interesting place to visit (don’t get me wrong, it was great to visit and shouldn’t be missed if you’re ever in Agra), I preferred the Amer Fort outside of Jaipur, or the Fort in Jaisalmer. 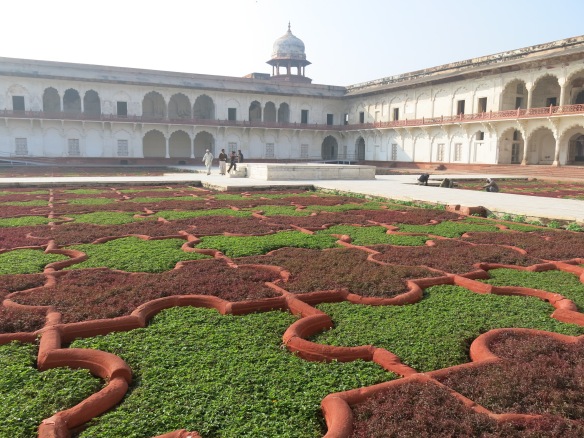 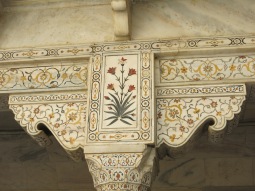 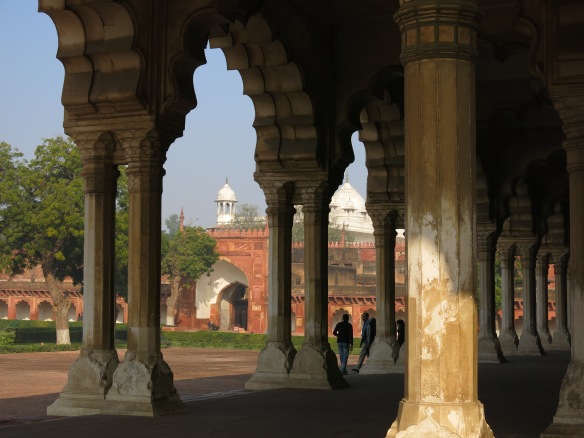 Also, while in Agra, I stopped to see a movie…Dhoom: 3. I’ve been seeing signs for it everywhere since getting to India, and people often bring it up when they see my bike, because the four main characters ride BMWs.
Anyone who wants some prime entertainment…check this movie out. I’d describe it as a musical version of Fast and Furious (but with motorcycles), with far more ridiculous action sequences.
The movie theatre experience in India is quite a bit different than what I’m used to back home…First, the movie was 3 hours long (which I’m told is typical), with a short intermission in the middle. In the US, I’m used to the crowd in a theatre being mostly silent, outside of laughs in a comedy, gasps or screams in a horror, etc…During Dhoom: 3, half the viewers seemed to just be having conversations with each other. Also, at least 10 people answered their cellphones in the middle of it. This probably would’ve been more distracting if the movie had dialog that needed to be listened to and was also not half Hindi, and therefore not understandable to me.
Trailer