From Phnom Penh, I rode south in the rain to Sihanoukville. The rain wasn’t terrible, but it caught me off guard, as I’ve only seen it rain for about 10 minutes in over two months, and haven’t had to ride in it in that time. And luckily I arrived in Sihanoukville just in time to get my bike unloaded before the rain started coming down monsoon-style.
The town of Sihanoukville is pretty wild, but I stayed about 5km outside of town on Otres beach, which was a bit more quiet, with just about everything you want in a beach. 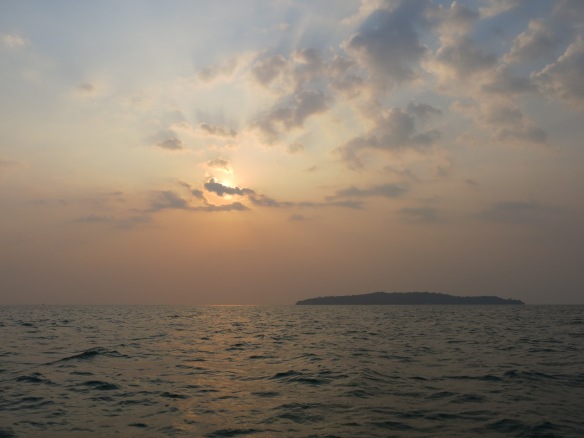 Some friends and I took a trip out to Koh Ta Kiev one day. 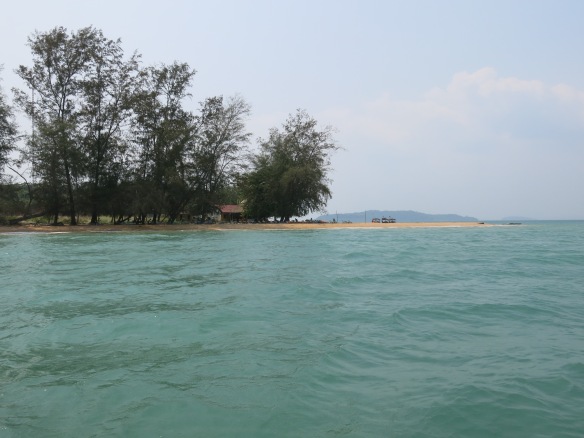 Arriving there was quite the ordeal. One the way out, one of the two engines was acting up, so they only ran one most of the way. Then, for some reason, the boat captain tried to drop us off on the side of the beach that was unusually windy and wavy. Once we all got off, he realized he couldn’t get the boat into a position where it would be secure, and while trying to move, the waves pushed the boat up onto a reef. A bunch of us waded out there to help push the boat free…in the process, we all cut our feet up pretty well, and the driver destroyed the prop on the working engine…great…
We finally got the boat freed, and they were able to swap the good prop to the good engine.
The chief of the island 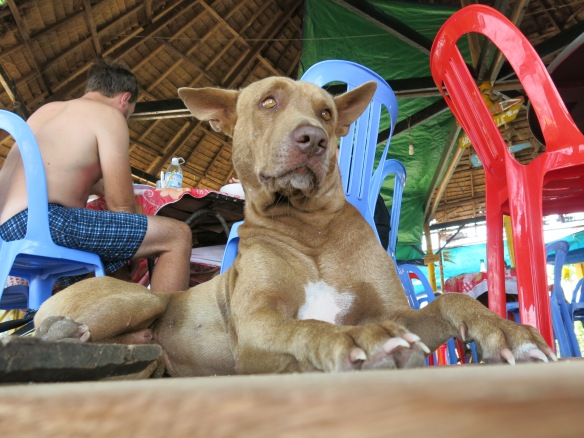 On one side of the beach, it dropped off to well over a meter deep almost immediately, which allowed for some silly looking photos

From Sihanoukville, I headed to Koh Kong, just on the border with Thailand.
Along the way… 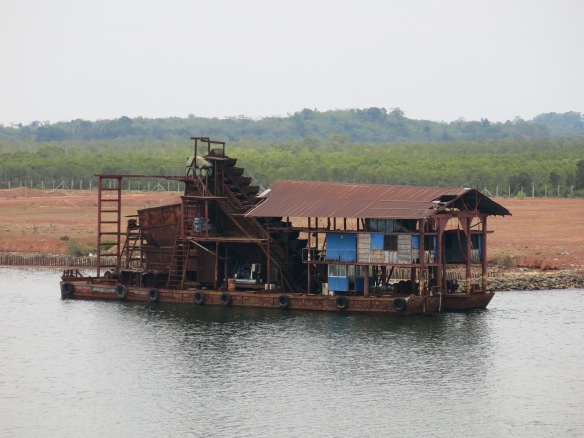 One of these two seemed to have a bit better luck… 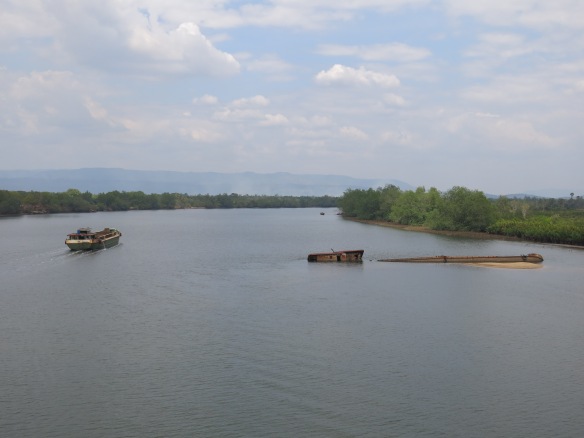 Just outside of Koh Kong is the Ta Tai Waterfall.
The legend behind the waterfall is that some time ago, a man named Ta Tai went there with his son to go fishing. A storm rolled in, and the violent waters washed the little boy away. Four or five days later, the boy was found back at the waterfall, and told everyone that he’d been taken to a secret place by a vampire. Luckily, before he could be killed, a hermit saved him.
I’m skeptical 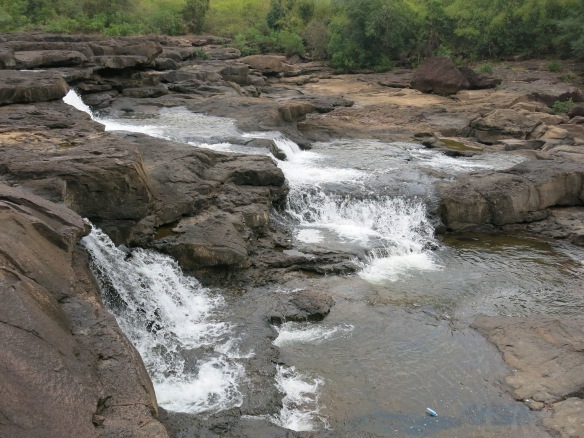 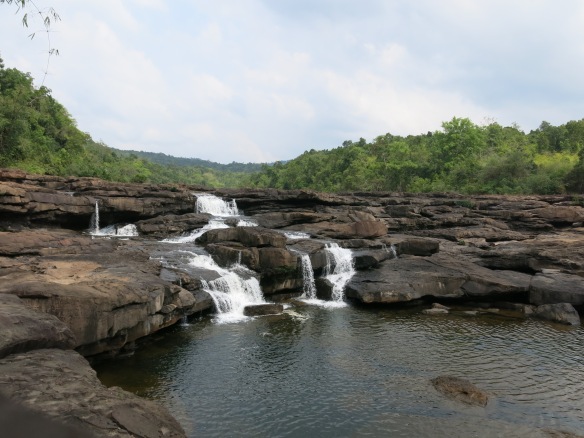