After heading east across the Belum Rainforest and the thai iced tea-looking Kelantan river, I arrived in Kota Bharu, capital of the state of Kelantan.

One very big difference I’ve noticed in Malaysia, compared to Thailand, Cambodia, and Laos, is that it’s very common to see signs in various languages. In the other countries, it seemed like you typically saw things written in their language or English, but in Malaysia, it’s common to see things in Malay (written using the Latin alphabet), English, Chinese, or Arabic. That alone gives the place a more different feel than I found crossing between Thailand, Cambodia and Laos.

My first stop in Kota Bharu was Istana Jahar

Istana Jahar was built in 1855, by the Sultan of Kelantan, to be used at a residence. Today it is the Museum of Royal Traditions and Customs. Most of the information and things on display here described the customs surrounding marriage, pregnancy, and childbirth in the royal family.
This museum was rather small, and the artifacts inside weren’t anything particularly spectacular, but it was still very interesting. It’s refreshing to go to a small place like this and still learn some interesting history, even if they don’t have exhibits with the Mona Lisa or King Tut’s Xbox controller.

Some of the instruments (?) used during childbirth…seems more likely that they came out of a landscaper’s shed than a hospital

This boat was given to the King of Siam in 1905. I’m pretty sure the trailer isn’t original.

A large section of the museum displayed various weapons that were used in the region of Malaysia over the years.
Cucuk Sanggul were sharpened hair pins that a women could easily conceal, and when necessary, remove them and get to stabbing.

Sengat Pari were a type of knife, but rather than metal, the blade was made from a spine from a stingray. After stabbing someone, the real damage was done when the knife was pulled out and the barbs ripped against the flesh.

The Keris was a very famous weapon in Malaysia, and had some superstitions surrounding it. Some people believed that certain keris’s could fly through the air and seek out an enemy, or that some could kill an enemy by stabbing his footprint. 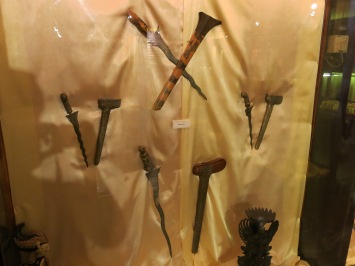 Another place worth visiting here was the Cultural Center. They put on demonstrations of Malaysian, and more specifically Kelantan, traditions throughout the week here.
They started by playing Rebana drums

They’re made of rattan and cowhide, and each one takes about a month to build

Music continued as they prepared to demonstrate Silat Tari, which is a form of self defense. 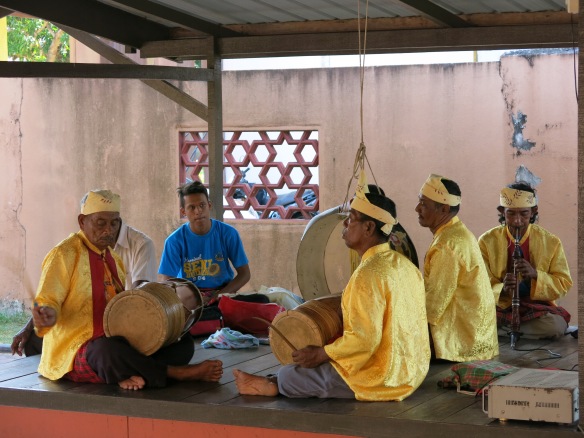 The lack of violence made me think it seemed a bit like Capoeira…like a choreographed half fight/half dance.

There was also a guy there making Batik paintings.

These are watercolor paintings done on cloth, and wax is used to keep the watercolors from going crazy.
Hot wax is poured into this high tech little pen, which is then used to draw the outlines of what you want to paint.

Once finished with the wax, you’re ready to start with the color.

While painting, the wax will keep the watercolor confined to one particular area, and you end up with something like this. 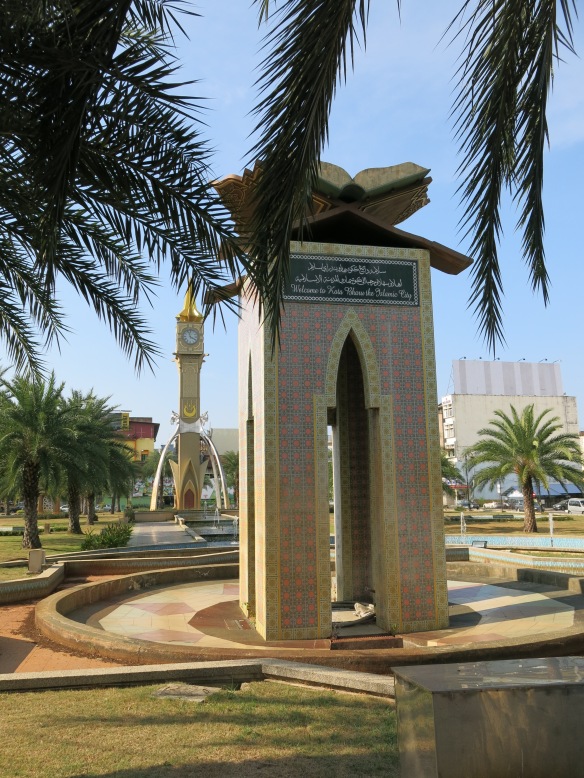 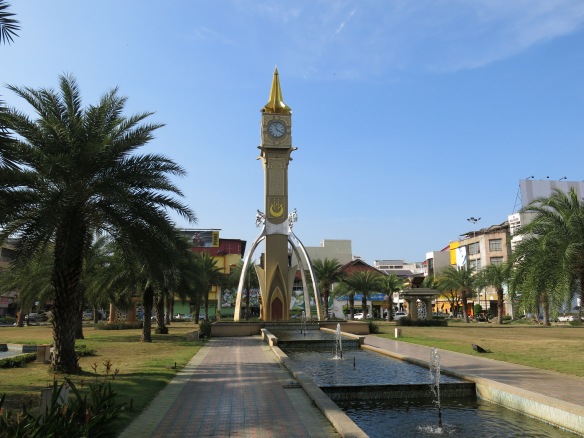