After a change of plans, I decided to head southwest from Kota Bharu, to Merapoh, one of the entrances to the Taman Negara National Park. 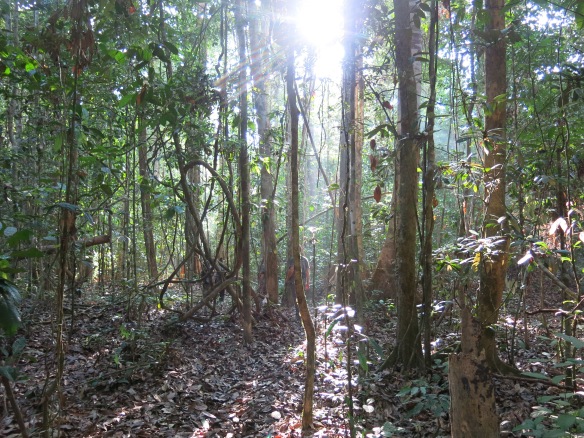 On the ride there (which included some wonderful riding that continues to amaze me), I passed by the north side of Lake Kenyir. 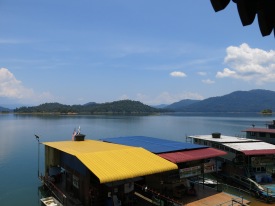 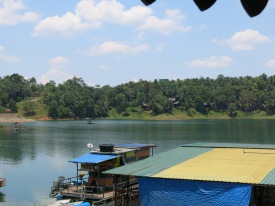 At the entrance to the park, my buddy Ben (who I met in Laos) and I camped out for a few days at the exorbitant price of 1 Ringit (~35 cents) a night.
There was a bit of wildlife around the campsite. Every night, wild pigs would run around the camp until they realized we were there, at which point they’d take off into the jungle. We also saw some monkeys in the treetops off in the distance, although it was much more common to just hear them rather than see them.
One morning there was a hornbill in the tree near the tents, which I was thrilled to get two terrible pictures of. 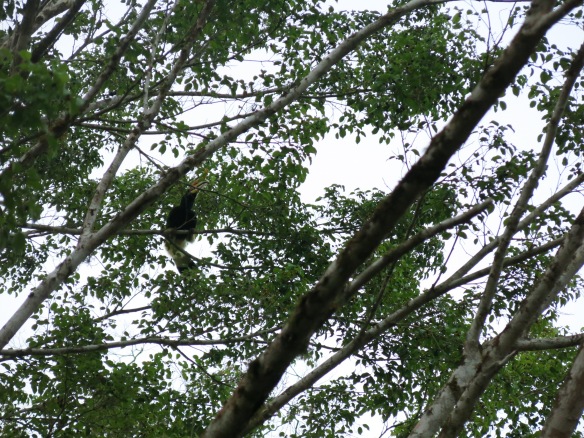 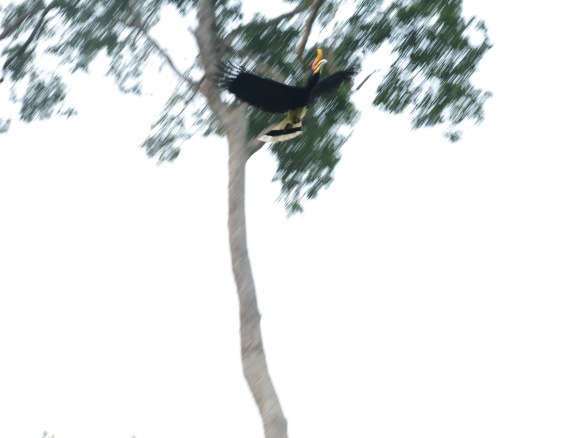 And a small monitor lizard 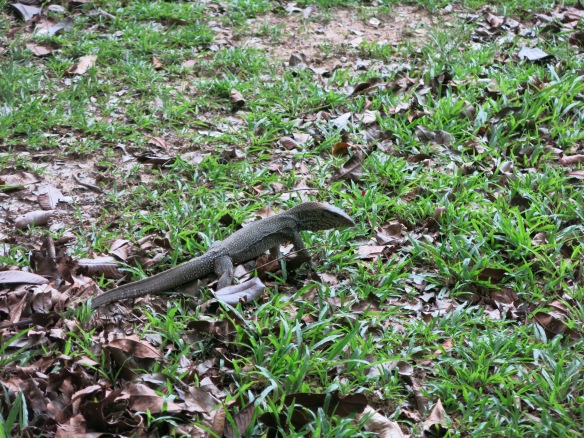 We spent one day hiking through the jungle up to a cave, then going through the cave.
We passed this sign on the drive up to the hiking trail…hopefully our driver knows the owners! 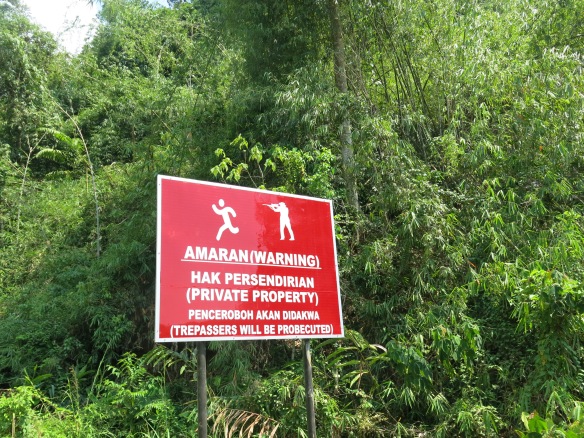 Hiking through the jungle 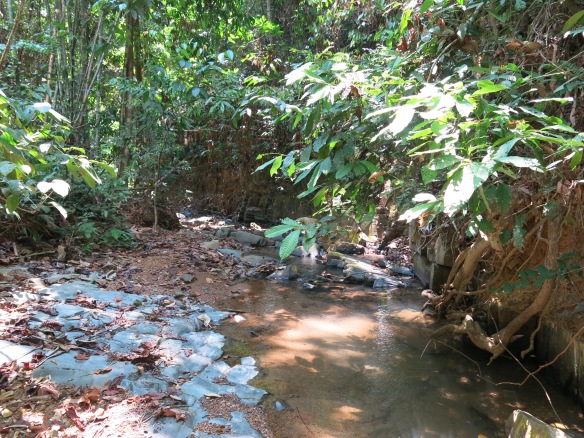 We saw a couple ginger flowers 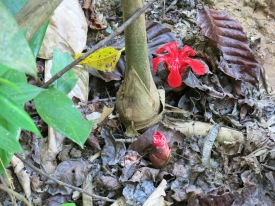 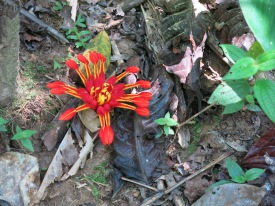 And an elephant bone 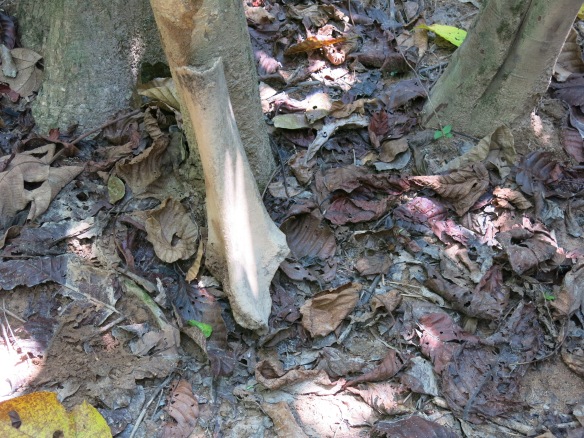 The cave had a stream running through the length of it, and at times it got as deep as about 4ft 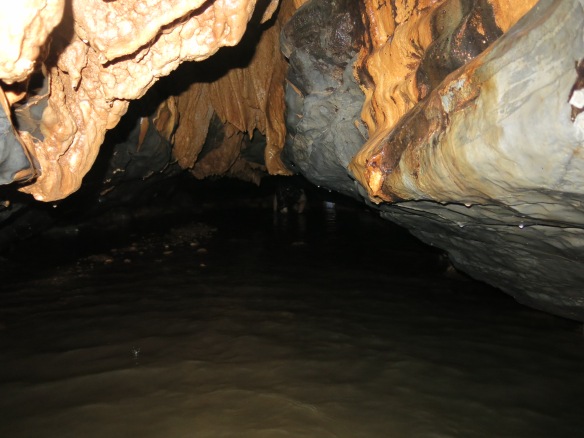 It wasn’t particular deep here, but the low ceiling forced us to get on all fours and swim/crawl for a bit 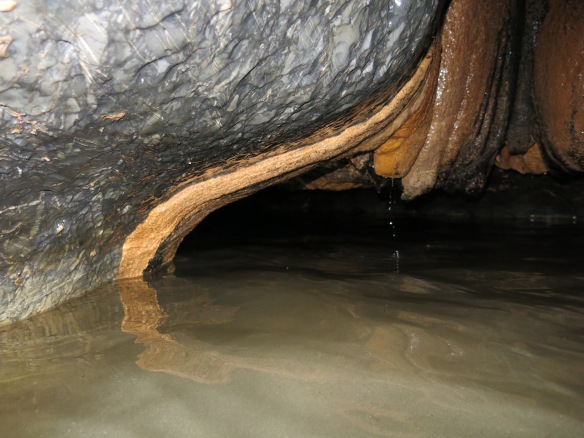 There were a few waterfalls we had to climb, two of which were big enough that a rope was required to get up them. 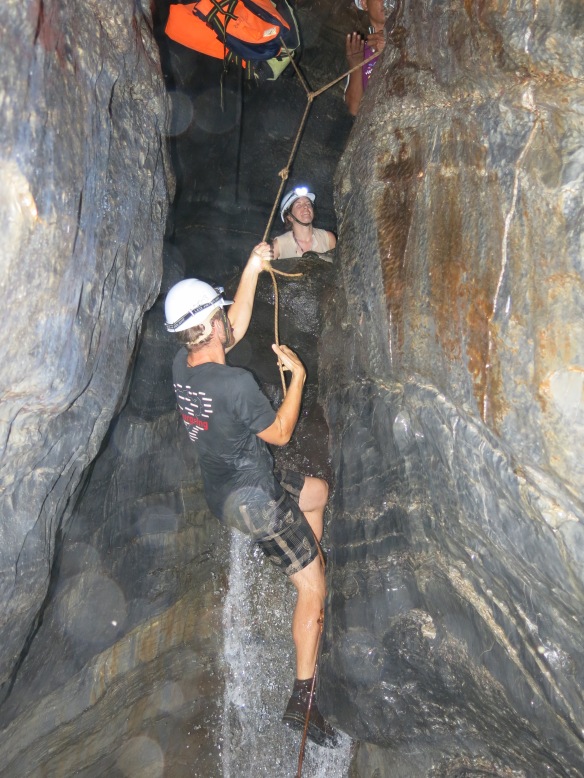 One night, well after dark, Ben and I made a wise decision to go on a small walk through the jungle.
This snake nearly got stepped on, as he was just sitting in the middle of the trail, not in any rush to move along. 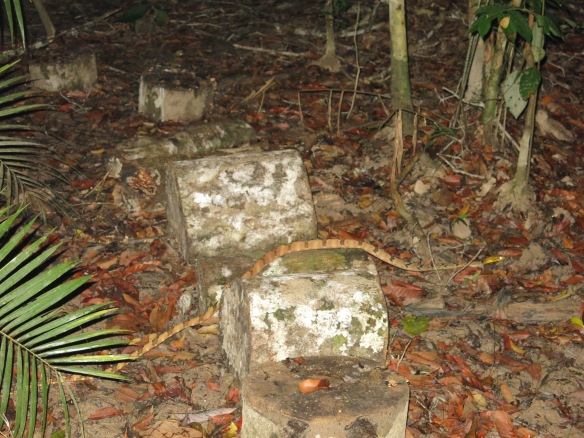 We also encountered a couple of pairs of cat eyes that were small enough to not make me overly uncomfortable…until I thought about momma tiger lurking in the shadows waiting to protect her young. Who knows, they were probably just lost house cats, but I’ll stick with the story that includes us being surrounded on stalked by tigers.

For the last day in the park, we went on another hike through the jungle, finding weird trees, vines, insects, and elephant tracks 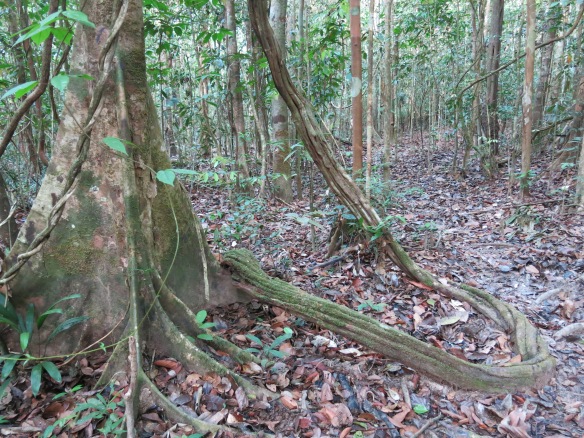 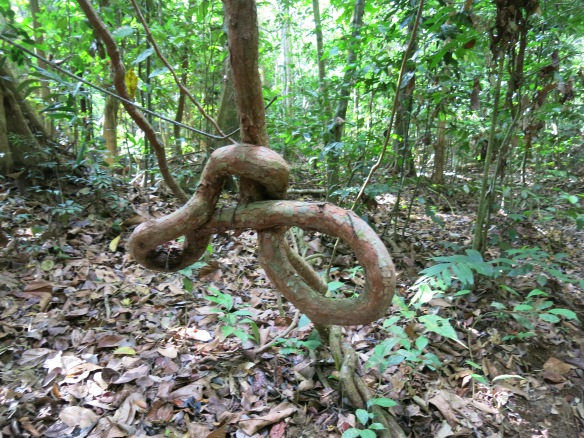 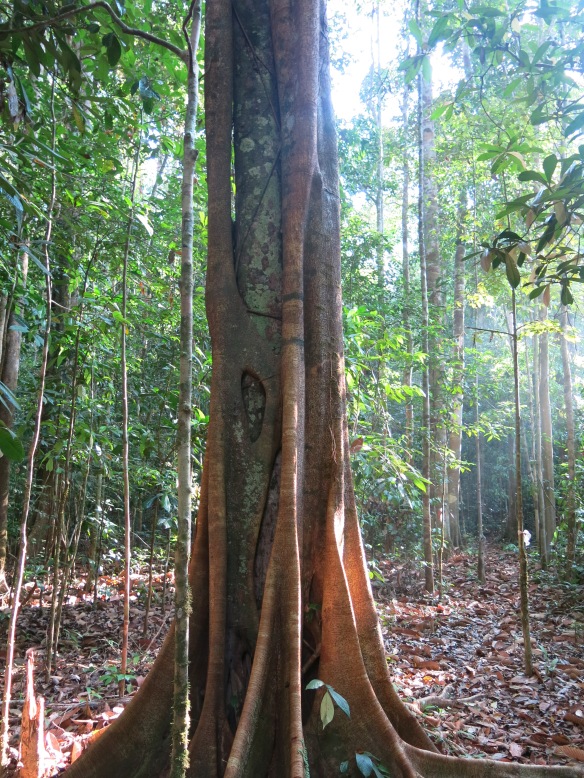 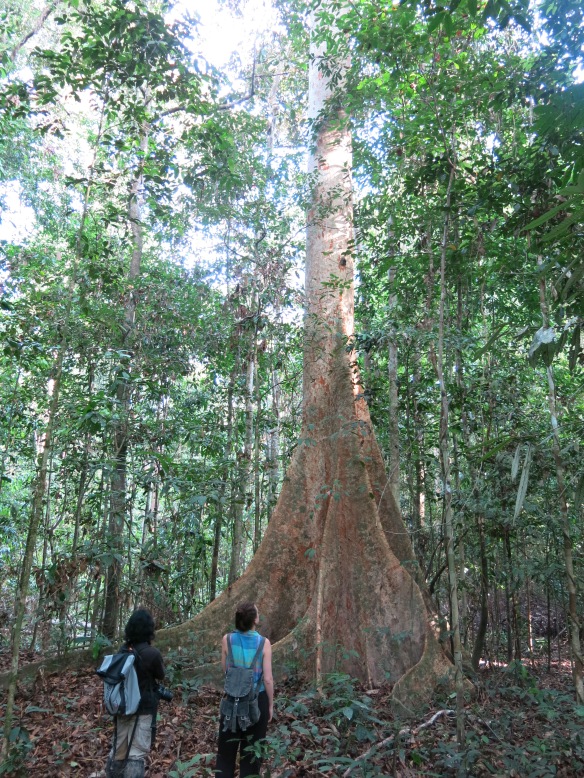 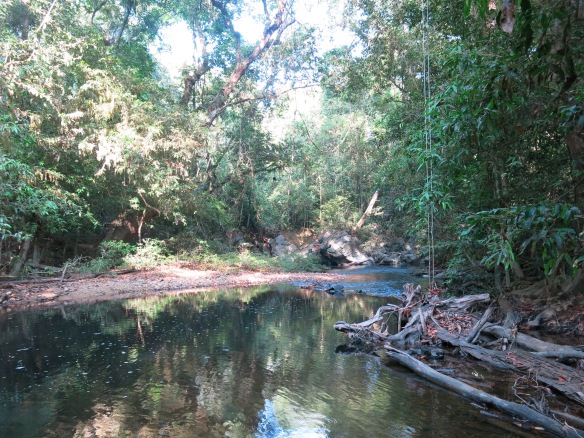 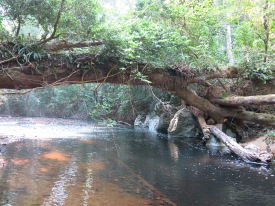 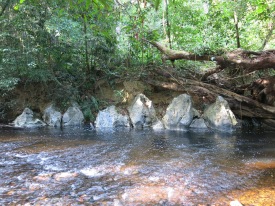 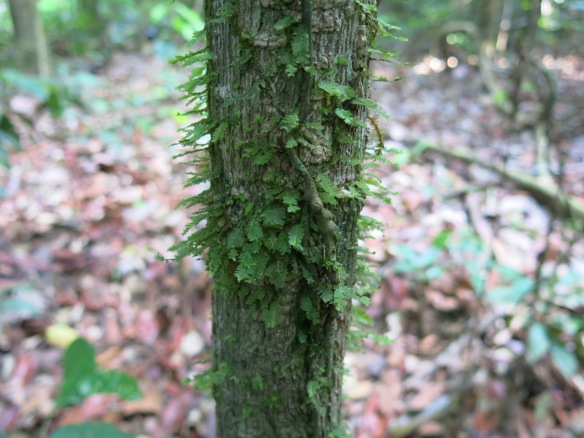 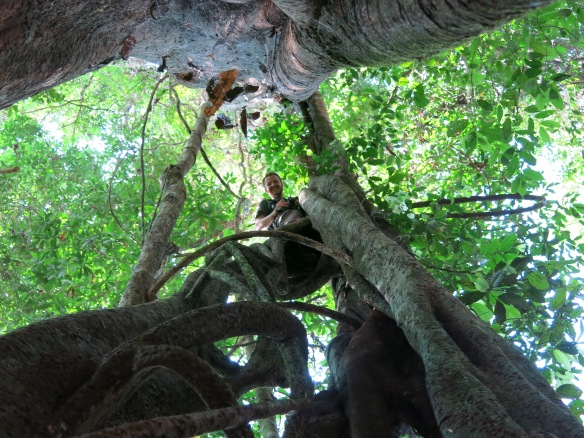 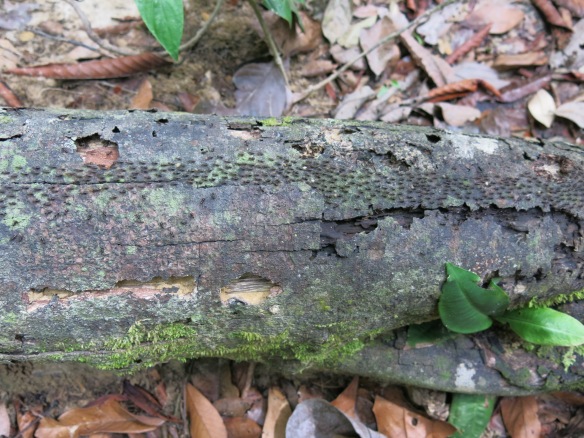 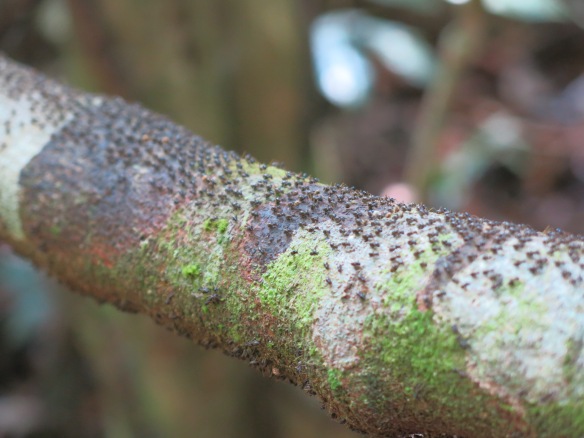 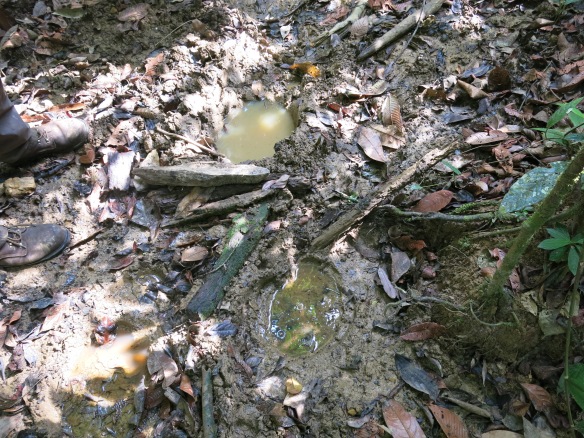 And one more photo of a little kid sitting on Ben’s bike (he was wearing a Honda Racing tshirt as well). He wasn’t too thrilled when his dad took him off the bike. 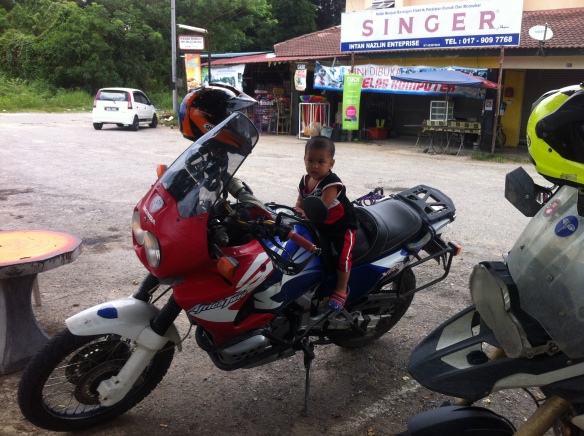