From most people I spoke with, Canberra got a pretty bad wrap as far as Australian cities are concerned. I guess I can understand this from the point of view of someone living there, but for someone just traveling through for a few days, I think it’s a great place to stop.

When Australia declared it’s Independence, they needed to choose a capital. The two logical options were Sydney or Melbourne. The dilemma was that if Sydney was picked, everyone in Melbourne would be pissed, and vice versa…so a compromise had to be made. They decided that they would build a capital in New South Wales, but it would be at least 100 miles from Sydney.
So, some guys got on horses, and searched far and wide, until they found this huge farm that they decided was suitable to convert into the nation’s capital.
After years of construction, on March 12, 1913, Canberra was declared the nation’s capital.

The reason that I could see it as being a non-ideal place to live is that it feels a little bit overly planned…a bit sterile and lacking character. The fact that it is so overly planned makes it a pretty interesting place to visit though…it has a feeling unlike pretty much anywhere else I’ve been. Another reason it’s great to visit is that there’s plenty of interesting buildings to see, and lots of great museums (of which I only got to see a few, unfortunately) which are, for the most part, free.

So, on to the photos…
Old Parliament House 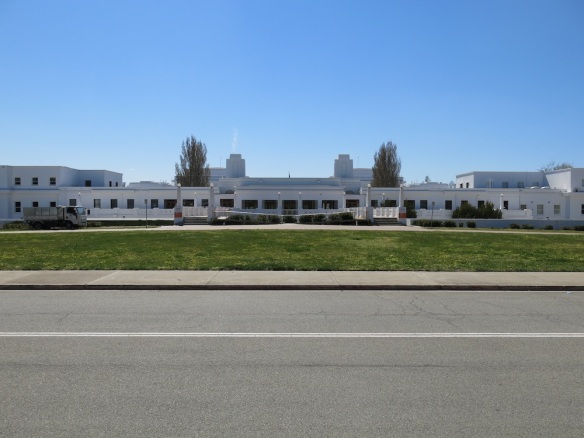 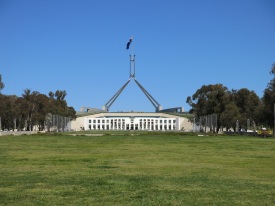 House of Representative Chamber and Senate Chamber, in the Parliament House 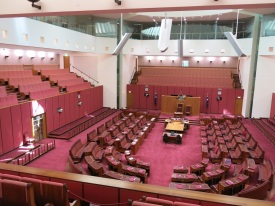 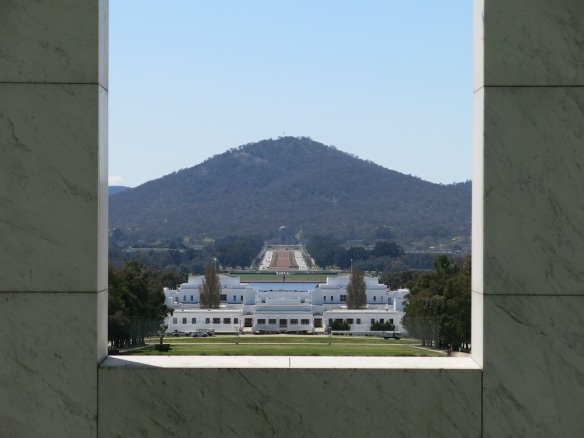 Floriade is a month long floral display thats put on every year to celebrate the coming of spring. 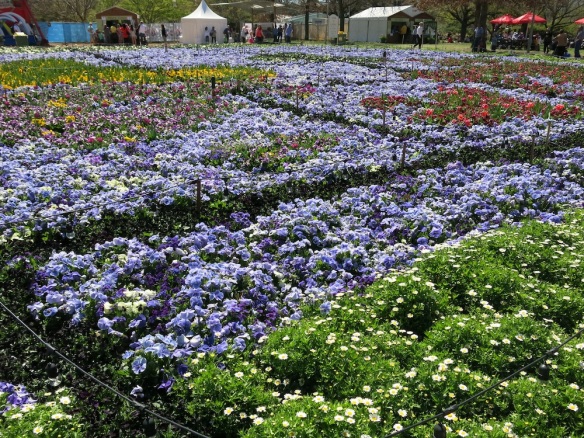 There are various gardens/sculptures/etc set up for the event 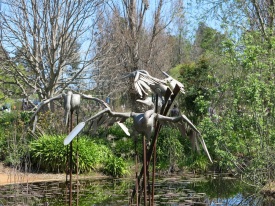 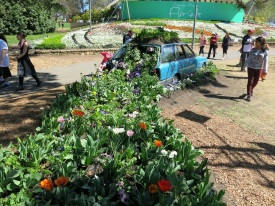 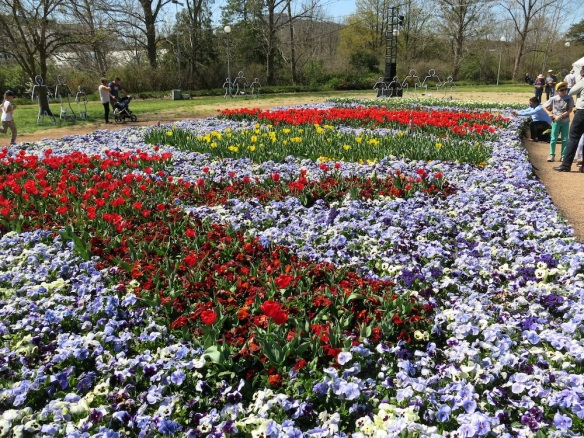 Just to change up the flower theme, they had an area that was filled with all these creepy little garden gnomes

One small group of trees was loaded with bats…at a glance, they just look a bit like leaves, but don’t be fooled! 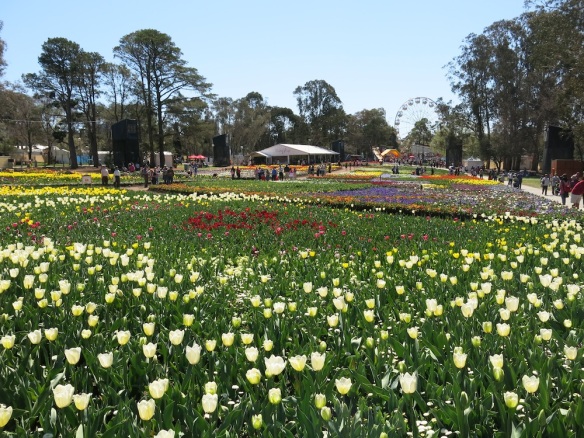 This place as massive…it was a shame I only had a half day to spend there, as I could’ve easily spent a half day in each of the five or more exhibits.
The place was loaded with TONS of information and artifacts/items (their own, or enemies) from anything the Australian Military was involved in. 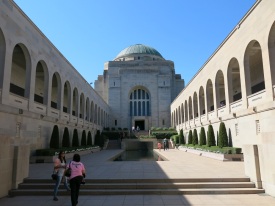 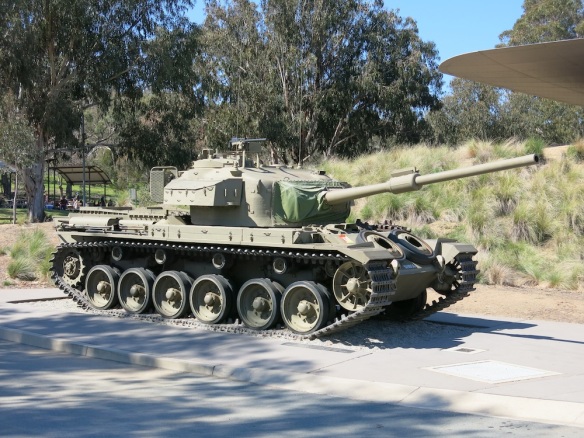 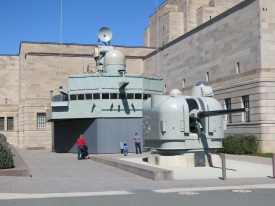 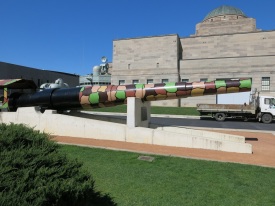 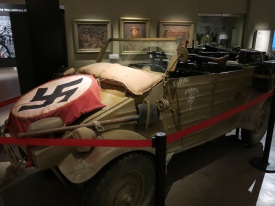 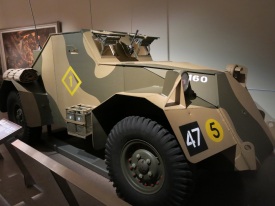 A Studebaker that was retrofitted to run on coal, as gasoline was heavily rationed during WWII 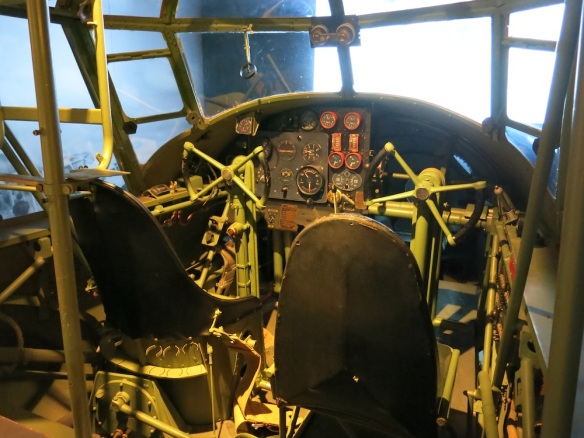 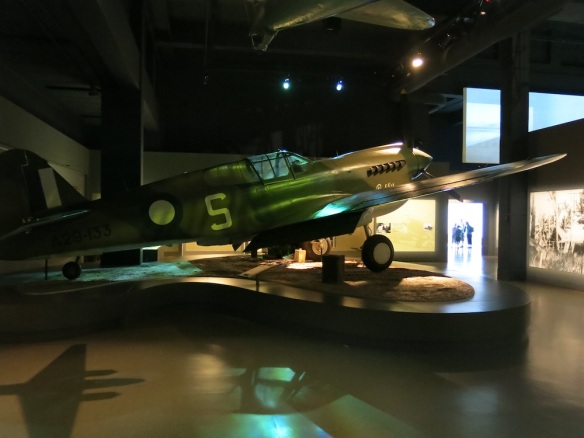 Planes and the machine guns off them, from WWI 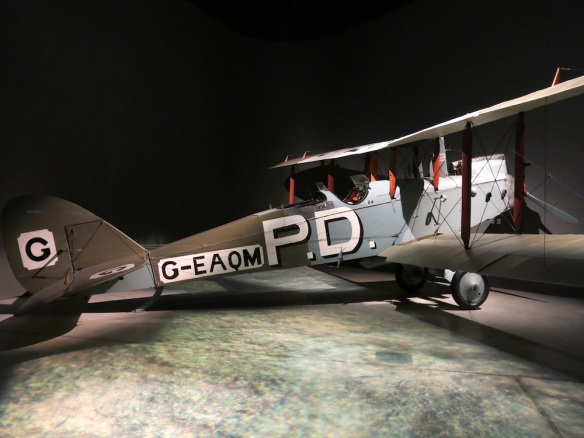 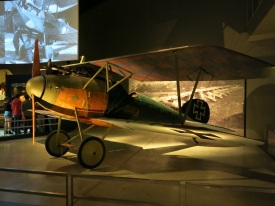 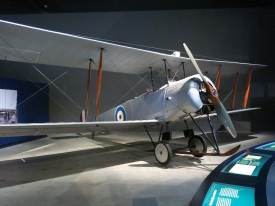 This sign that was posted around the UK during WWI was pretty interesting…can’t imagine seeing one of those around today.

Outside of the museum portion of the War Museum was an area dedicated to all the Australian soldiers killed during the various wars or conflicts. 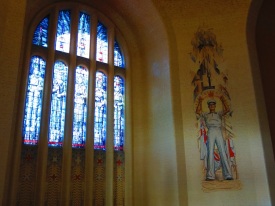 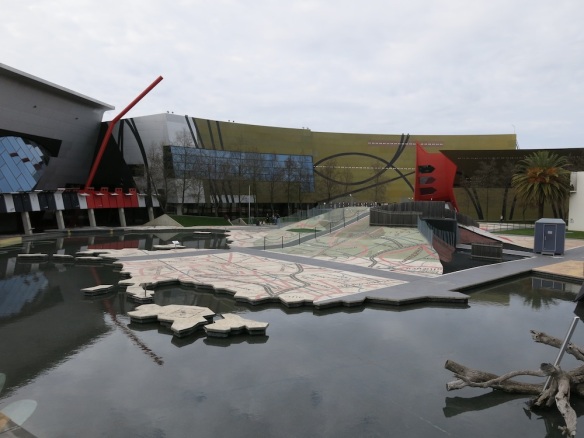 Like the War Museum, I could’ve spent far more time in here than the half day I was able to.
It was packed with information and displays from the entire history of Australia (including long before it was known as Australia)…I’ll just put up a couple pictures of a couple things that really caught my eye.
This is a massive aboriginal painting of a map. If you aren’t able to get much out of it, the key, according to the artist, is to “not read it like a whitefella map”

This coach was brought to Australia from Scotland in 1821

A 4 horsepower steam engine from 1905, used on a sheep shearing plant in the early 1900s 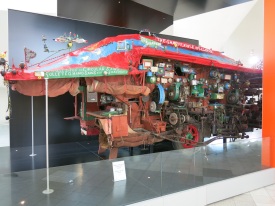 This jeep was used to catch wild water buffalo. The clamp at the front right side would be opened up, and the driver would chase a buffalo…when he got close enough to it, he’d close the clamp around the neck of the buffalo, and the next day, everyone had a BBQ. 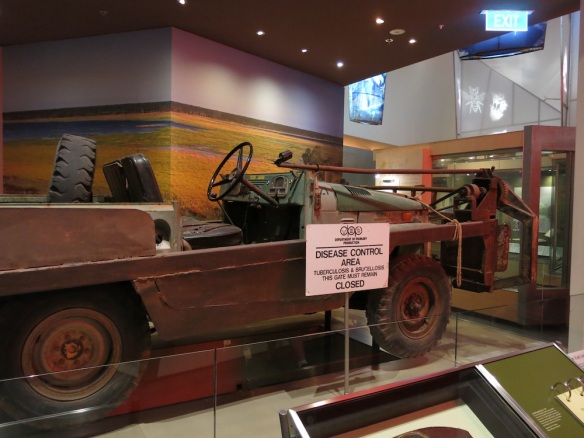 Various Aboriginal arrowheads. What makes these interesting, is that they’re not made from stone…they’re all made from either glass bottles or ceramic telegraph insulators.

That’s enough for today’s lesson…here are a couple more pictures from around the city. 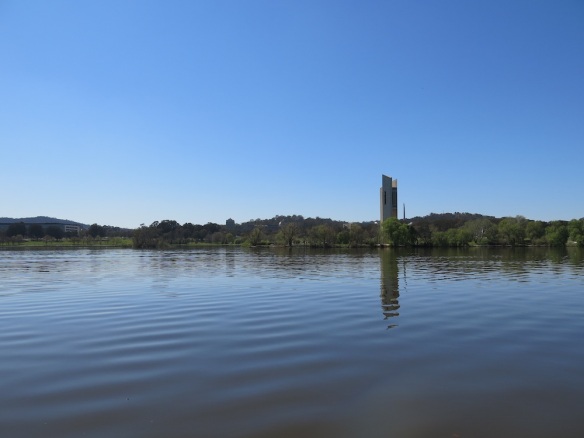