After my short stay on the west coast, I headed back east, to Kaikoura. My route led me over Lewis Pass, which lived up to my expectations, I’d been told it was a very scenic road. 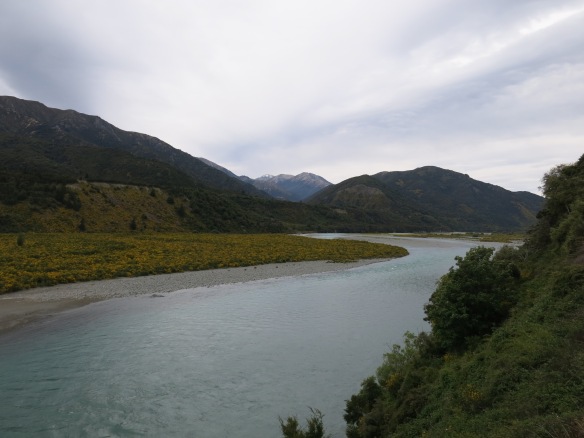 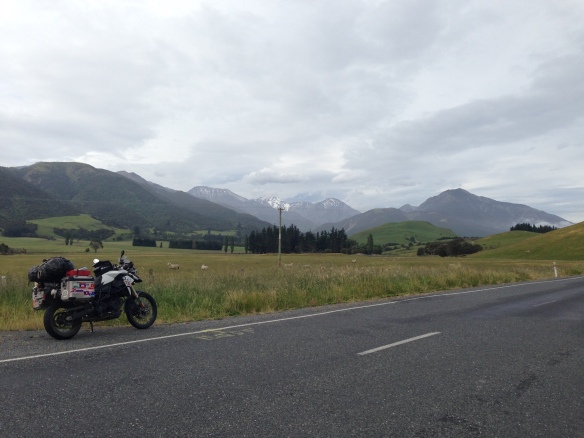 I got stopped along the way by a couple farmers on ATVs and a pack of dogs moving a herd of sheep. 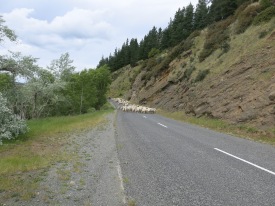 The main thing I wanted to do in Kaikoura was swim with dolphins…I’d tried to do this in the Bay of Islands a month back, but conditions didn’t allow for it, so I decided to give it one more try, and am I ever glad I did! 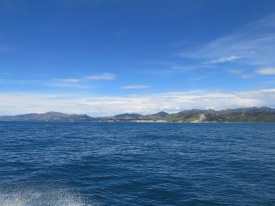 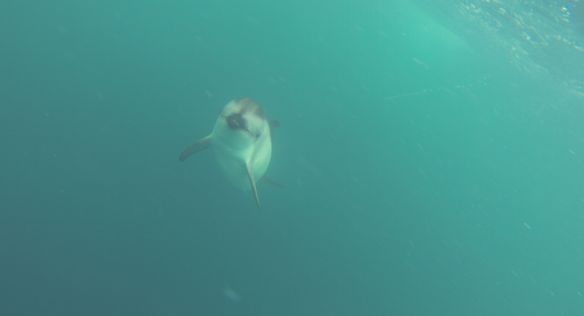 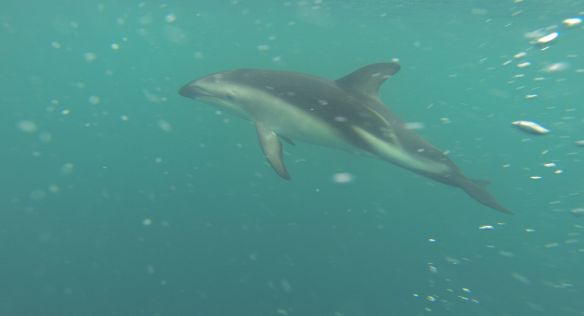 The next day in Kaikoura was devoted to riding

I was told that the Molesworth Station road was a spot I wouldn’t want to miss on the South Island. I rode the above loop in the clockwise direction, and from Kaikoura to Hanmer Springs it was really cloudy, with little bits of drizzle at times. I was a bit frustrated as I got closer to Hanmer Springs, as at that point, the pavement ended, and in that direction, the clouds looked even darker. As I turned towards Molesworth and got onto the gravel, I immediately started sliding around every corner. It wasn’t raining at that moment, but it had been raining earlier in the morning, and the day prior, so the road was plenty slick…and it turns out Michelin Anakee 3 tires aren’t exactly made for slick conditions (no surprise there!). I cautiously slid through the tight turns for about 5 or so kilometers, but at least I went over a few short dry sections, which gave me some hope. But at the same time, I was trying to decide how much further I’d go before turning around and looking for a place where the riding was more enjoyable…I wasn’t exactly excited about riding 160kms on a road in this condition. Luckily, I didn’t act too soon, because a few minutes later, I went over a small pass, and on the way down into the valley, the clouds gave way to the sun, the road dried up, and the temp shot up to 70+ degrees (22+ celsius)

At one point, I had a little run in with this small river crossing… 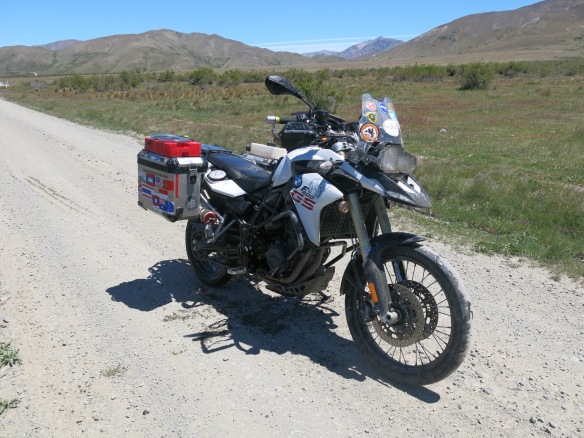 Not long before the river, I’d passed a sign saying I’d entered an area called the “Isolated Flats,” and it was both of those. So it didn’t take long to get into 5th gear and really open it up. Unfortunately, from the other direction, the water isn’t visible until the last minute, and there’s also a nice big bump right before you drop into it. I managed to slam on the brakes for just a second before hitting the bump…I don’t know how fast I was going when I hit it, but I do know it was fast enough to launch off the bump and land somewhere in the middle of the water, drenching myself…not exactly a textbook river crossing…

Here are a few more pictures from the ride 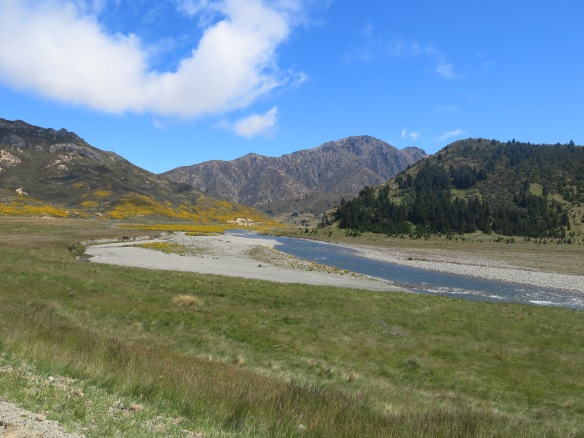 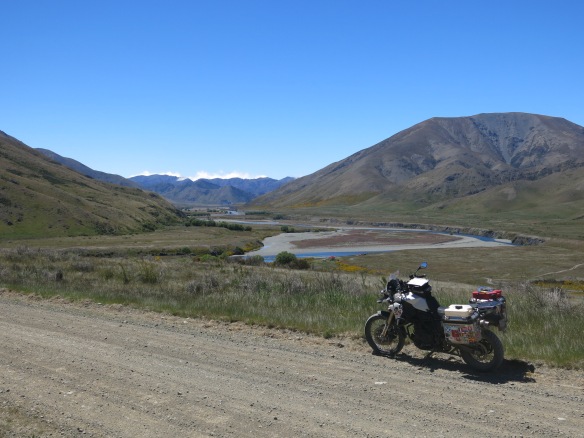 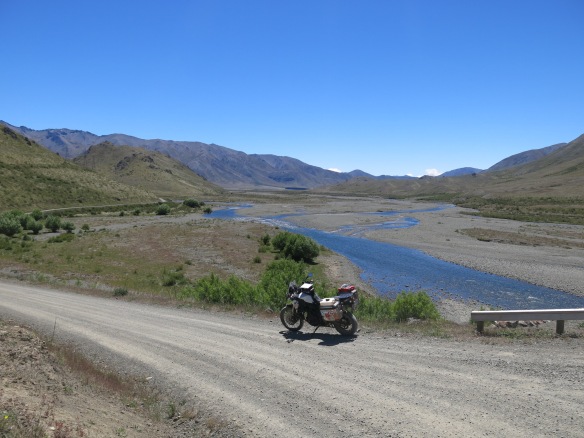 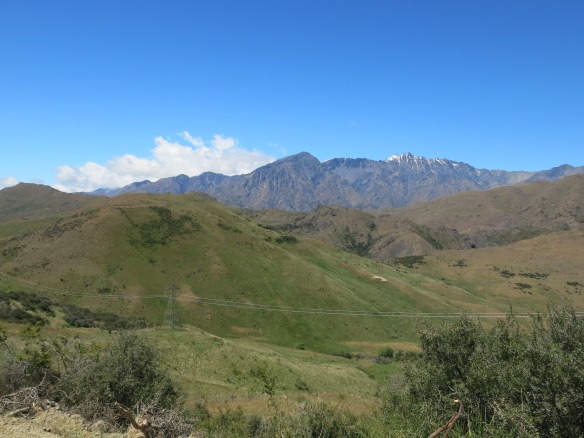 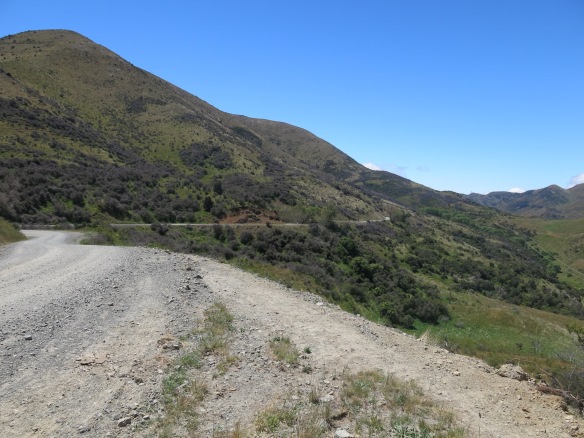 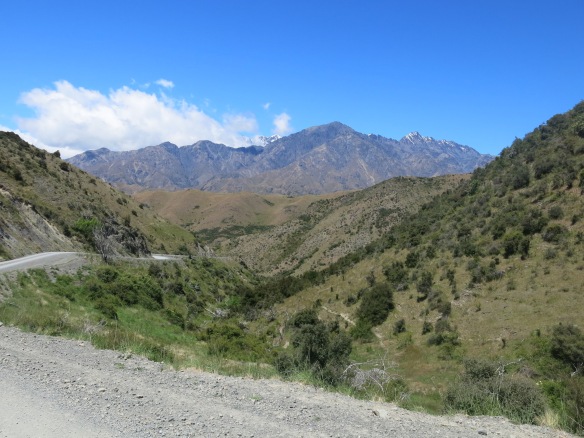 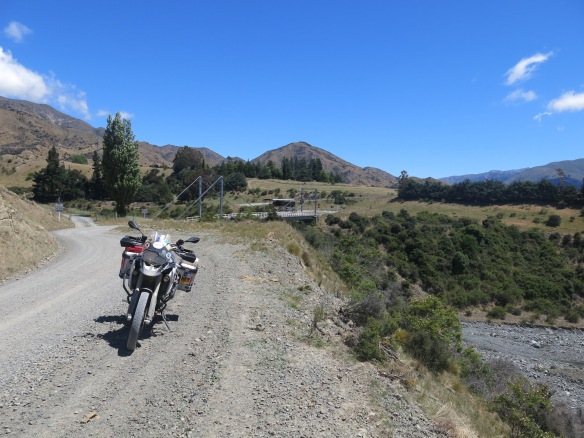